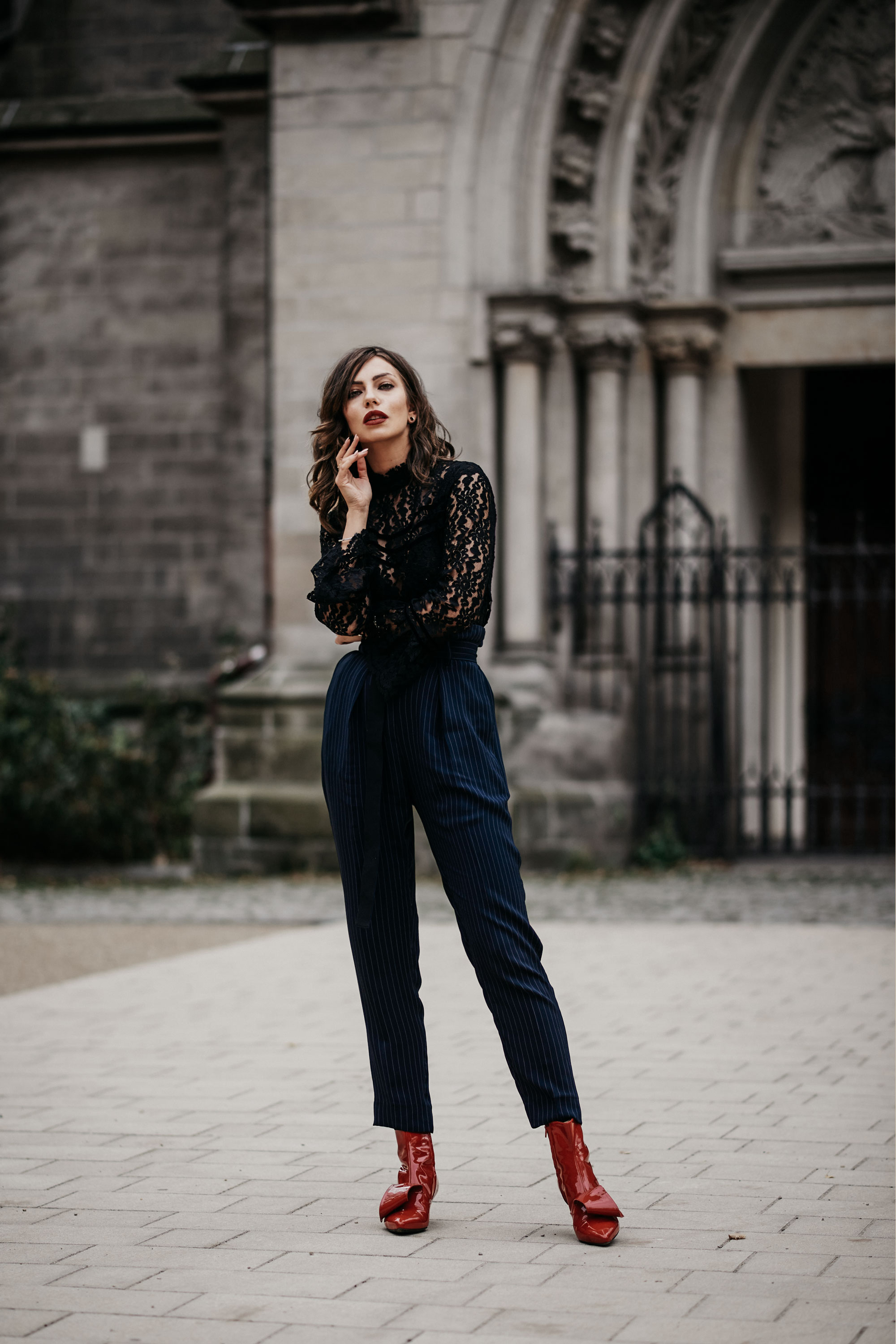 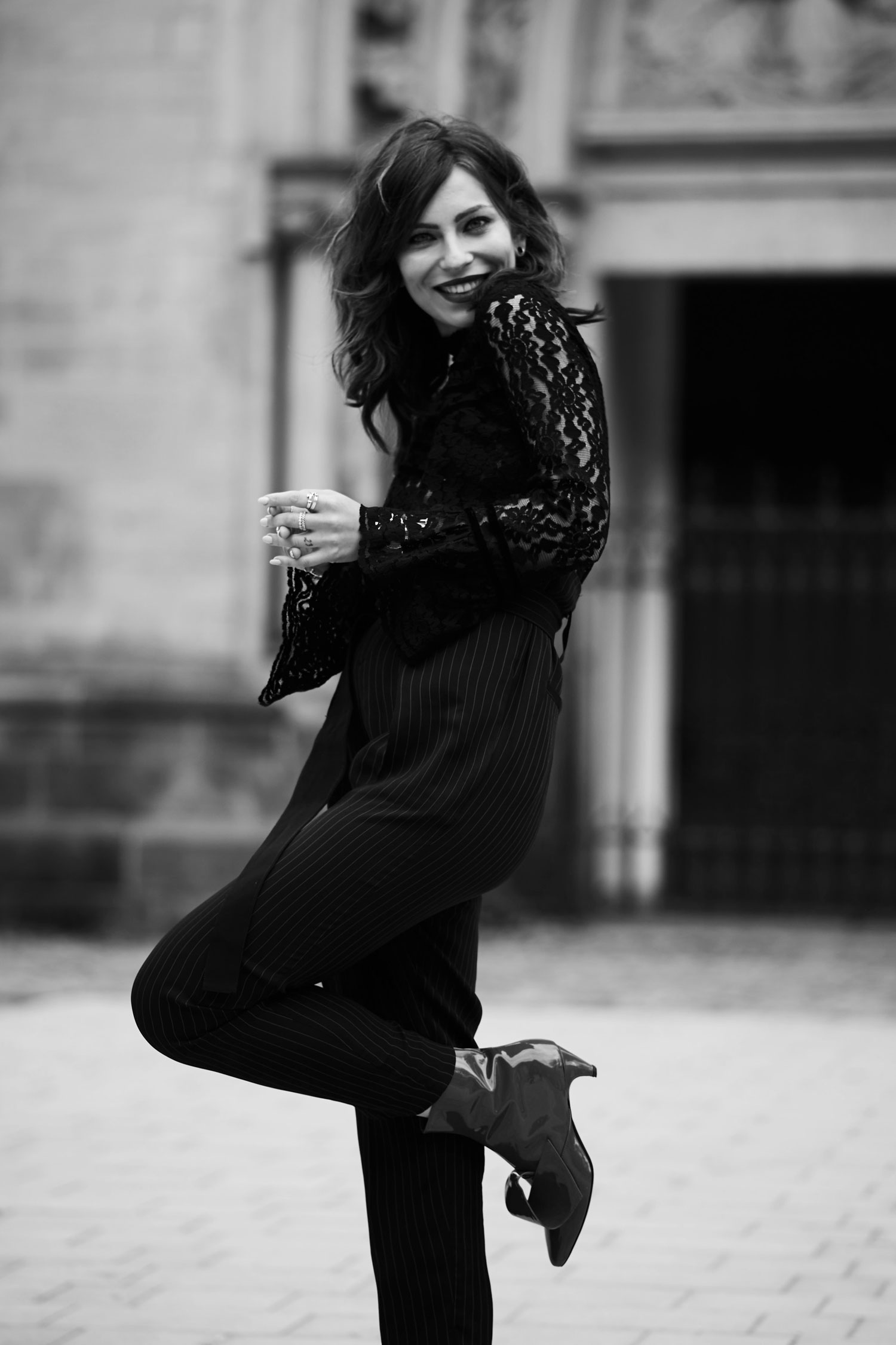 Berlin ♥
I love you.

How I missed my hometown! It feels like I ages that I last had a chance to spend some time here. But you know what, being here – being home – is the most beautiful feeling in the world. At least it could be, if it were not for the thing with my separation..

It feels a little like crouching in the starting box, a new life ahead. I’m ready to go, just waiting for the countdown. Do you remember this adrenaline rush ahead of a race, those seconds before you’ll give the track ahead your all? So, here I am, my feet in the bracket, in position, counting down. Every second seems to last an eternity. And I have so many plans for the future already! Can’t it arrive already, this future of mine? Can’t I start to run, for goodness’ sake? This is driving me crazy!

This future of mine… once it all quietens down a bit in my life (which won’t happen before November, at the very earliest), I would really love to update my home a little. Maybe some new furniture, a new color on the walls? I’m still looking for inspiration.

But my schedule shows me that first I’ll head out again, to Stuttgart, more precisely. Why Stuttgart? Well, Breuninger hosts the Vogue Fashion Night there and organizes a fantastic shopping event and runway shows with some of my favorite German designers (for example William Fan!). I think this will be a very exciting event, and I can’t wait to meet some of my friends from Stuttgart! Whoop Whoop! Who of you is going to be there?

The Projekt:
It’s a wrap! The shoot for my project is wrapped up and is in editing now. This was a crazy exfiting month. More than once I ask myself how the hell I was going to manage it all. I can’t think of many projects in my life that proved so challenging and at the same time so much fun. I ventured into almost completely uncharted territory, for me personally, that is, and did the best I could in a completely new role! To stay true to myself and also somehow authentic, with the camera pointed non-stop at me, was a weird challenge. But you should see me thinking of it now as I write these lines. Grinning from one ear to the other.

The closure of this project also means I’m closing an important and crucial chapter in my life. The time was so intense it feels like years. Now that it’s all over, I find myself missing it – the stress level, the team with the great sense of humor, the daily challenge we all shared and faced together. You get used to the fast life, and I take each and every team member with me in my heart. Hard to believe that this shoot is really over now. The show will air in early/mid November, but it looks like I will FINALLY be able to tell you about the concept next week. It’s going to be pretty, pretty awesome :) !!! 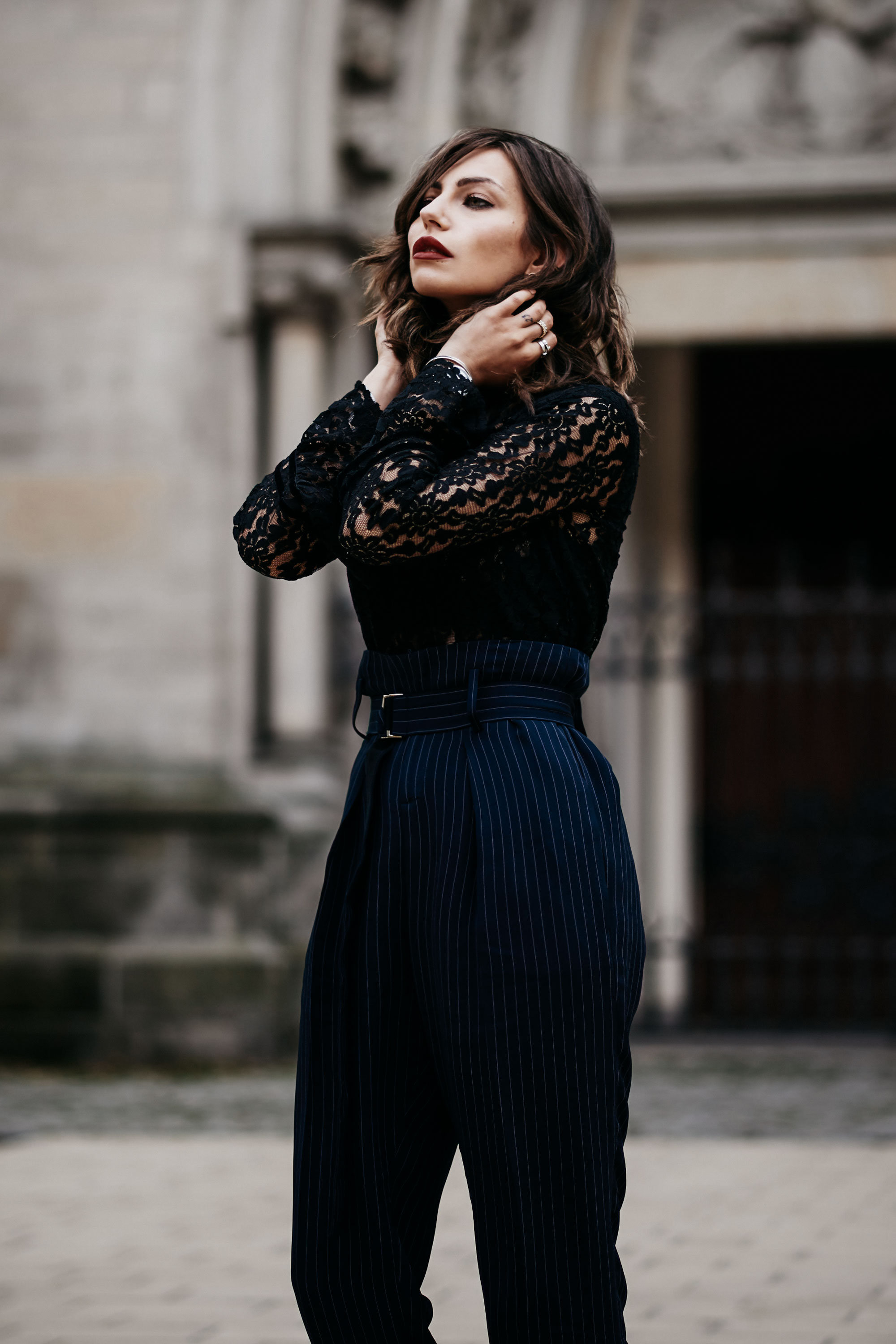 Thoughts:
I felt weak the other day. For the first time in ages I felt like someone had shot me right in the chest. But instead of shooting back I just let the bullet go through. I had no choice. To show strength in that moment would have meant to lose everything. So I allowed myself to be weak. Trying to be strong is all I know, that’s part of my identity, and I live by it no matter if I feel like it or not. Illness? Does not exist. Sadness? Better days ahead. I just don’t do weakness. Being weak, accepting help, showing vulnerability – I’m not great at either of those.

When was the last time I really showed consideration for my own feelings? I always try to be strong – for others, but most of all for myself. Being weak, accepting that I may be overwhelmed by a situation, admitting that I may not always feel as great as I would like others to think… it’s a huge effort for me.

After all, who knows if someone will be there to catch me if I fall, or whether I’ll just crash into the ground. Better never to fall, right?

I see myself as a woman who can get through everything on her own, without the help of anyone. I don’t need anyone else – that’s what I tell myself, even if I have my doubts. The truth of the matter may be that no one will stay in my life forever… but sometimes I may be too shy to ask if someone would even like to stick around. For some reason I find it really difficult to let people come close. I can talk about so many things, write about so much. And at the same time my emotions are so conflicting that I’m sometimes not even sure what I’m feeling myself. As if I was a crippled emotional control freak, who only allows feelings to surface that I’m ok with in any given moment. Once snubbed, I retreat into my shell and close myself off, hide my feelings, and add a new coat of paint to my facade. Being strong has never been a problem for me. But is it real strength if I can’t allow myself to be weak from time to time? The facade is cracking right now, and I am not quite sure yet what to make of that.

Matchalatte:
In the most recent episode of Matchalatte we talk about stress as a status symbol (or not), entrepreneurial spirit in Germany and ‘The German Fear’. Plus, we chat about our addiction to work and how it is to have to prove yourself over and over again as an independent, young woman. And as if all this were not enough, we also discuss the recent developments in sponsorship disclaimers vs undisclosed product placement. Plenty of business talk in this episode, but I think you will enjoy it!

Listened:
… to the new podcast of Joko and Paul Ripke. I love how podcasts are becoming more and more popular. The number of celebrities working on the field is really growing. ‘Alle Wege führen nach Ruhm’ (All Roads lead to Fame) is a particularly entertaining one, not least because the two presenters are so incredibly likable! A huge recommendation for the time in between Matchalatte episodes, the podcast of Yours Truly :) 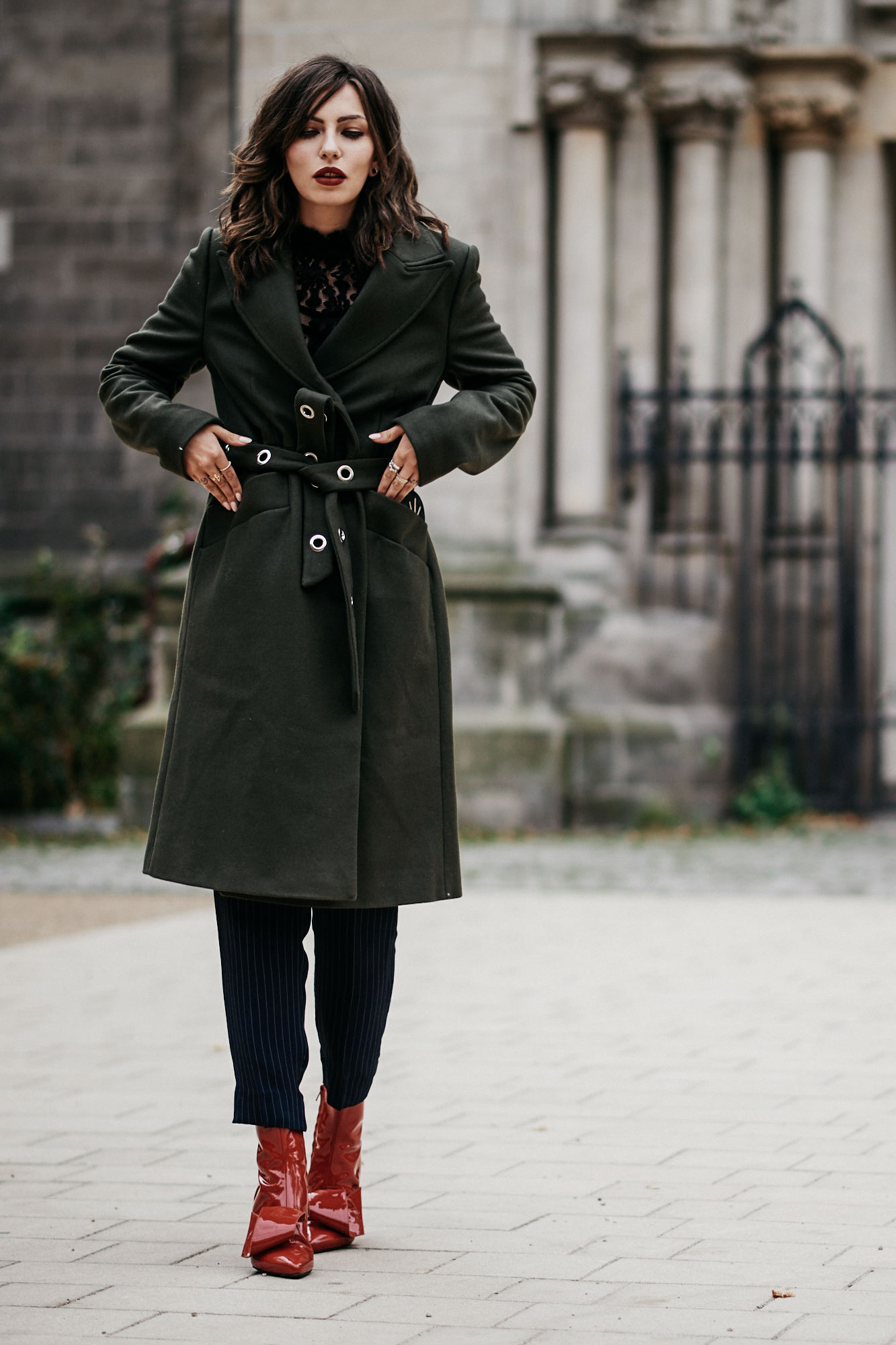 Annoyed:
So, it appears that Hollywood mogul Harvey Weinstein has been groping Hollywood actresses, that has even raped them and subjected them to all sorts of sexual harassment. And what’s the reaction in Hollywood? Silence. If you speak up, you risk your job, going up against a powerful man and all that. This is simply disgusting. And to think that Hollywood has a role moel function in the world!

It’s also pretty sad that such dramas are by no means restricted to Hollywood. Such practices are commonplace in many other industries as well. Men with power have a carte blanche to do whatever they want – and that apparently includes violating women. I could throw up. I am really glad I’m not in a situation where success in my career does not depend on sexual favors to some powerful superior. I can’t help but wonder, how was it possible to hide Weinstein’s behavior for more than three decades??? In an industry that lives on gossip, no less? How is that even possible? How could such degrading behavior be tolerated? It must have been widely known. I can only hope that the authorities get to the bottom of this swamp really quickly, and that the victims will at least experience some justice. What a sad reflection of our society this is.