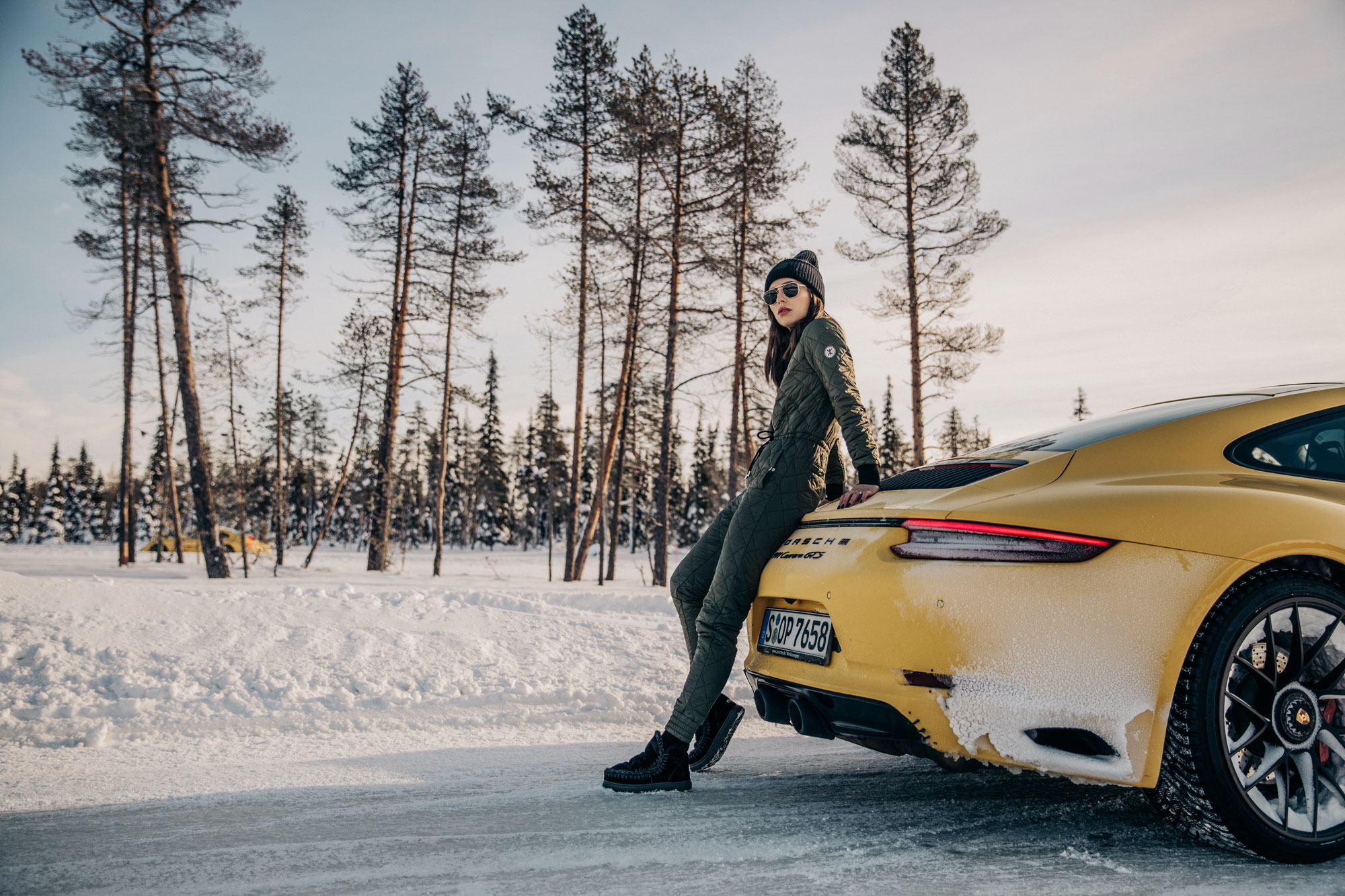 DDid you ever google ‘women drivers’? Do it!

You’ll find videos showing women attempting to park their cars, often with a distinct candid camera touch and VHS aesthetic. Stuff you would have seen in those home video shows of the 90s, when cliche feminists read “Emma magazine” and often dressed like bitter spinters with 100 cats. Those were times when men beat their chests, claiming ‘women can’t drive’. Yawn.
As a woman, I roll my eyes.

How is that stereotype still a thing?
Looks like it’s still here, at least gathering from the reactions I got when I announced I’d learn to drift with a Porsche. Spiteful male voices were raised in protest.

‘You?!’ and ‘Do you even have a driving license?’. Another classic: ‘Who’d let you behind the wheel?’
Excuse me? I am a really good driver. In my own humble opinion, at least. 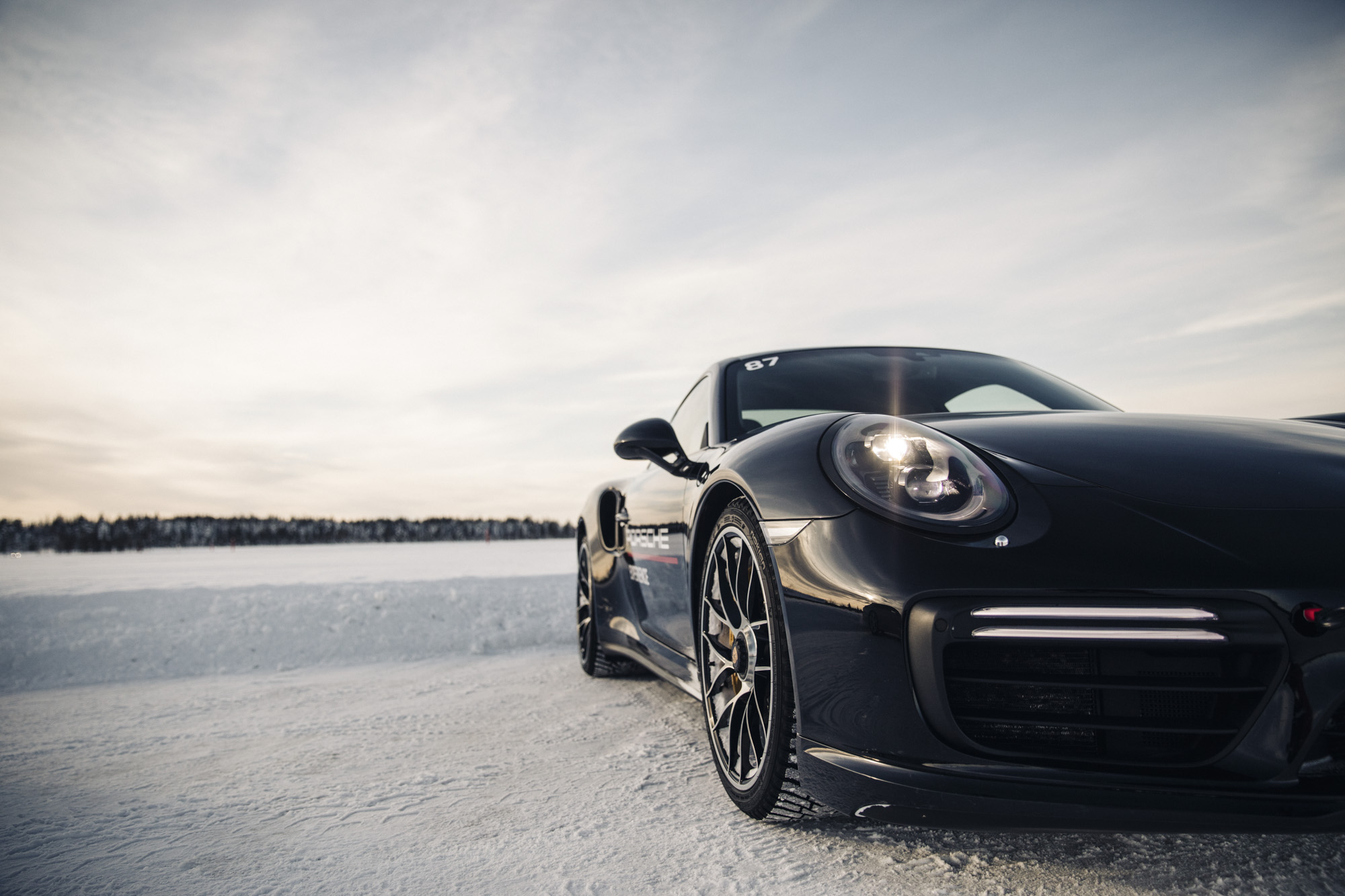 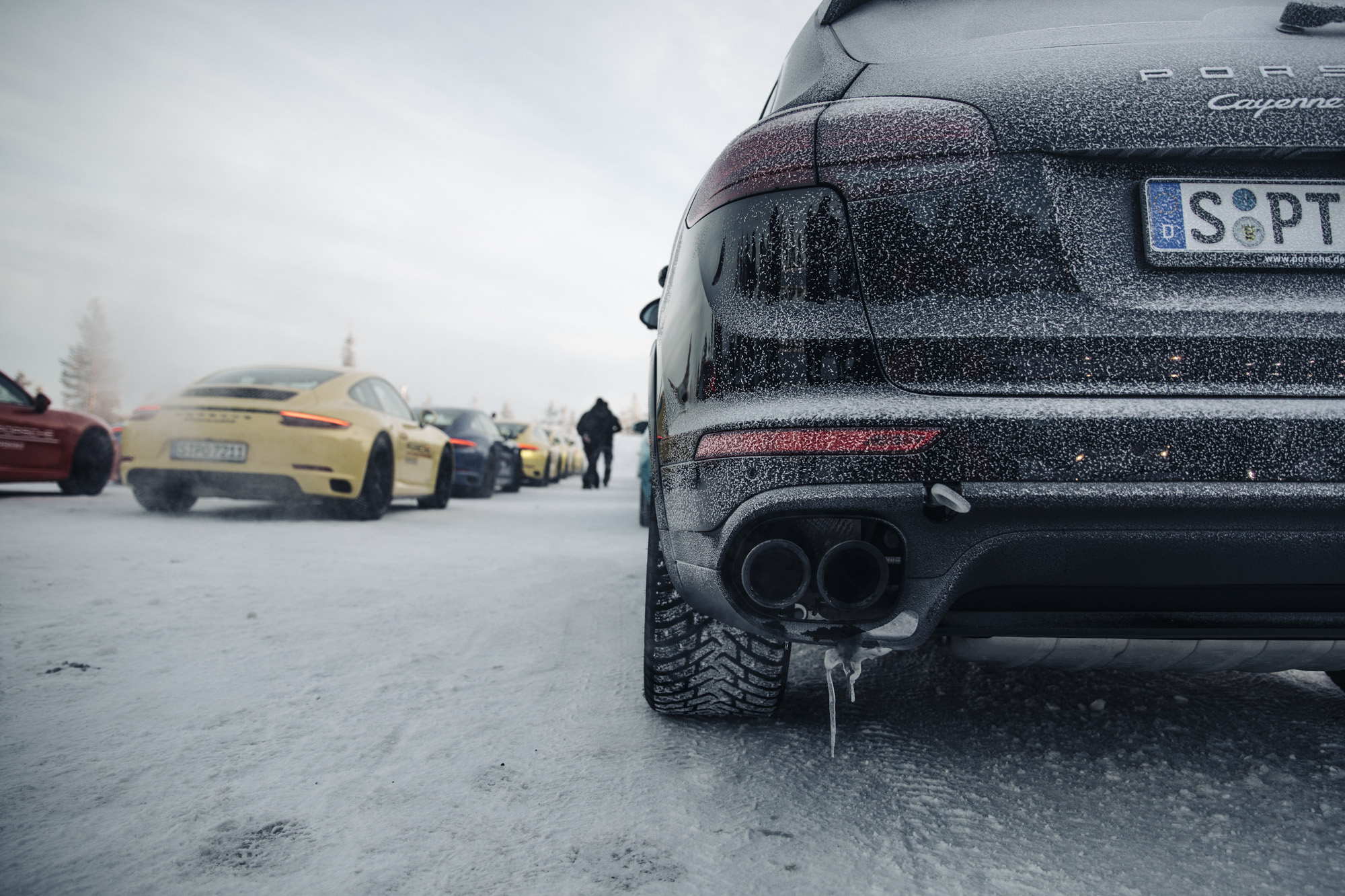 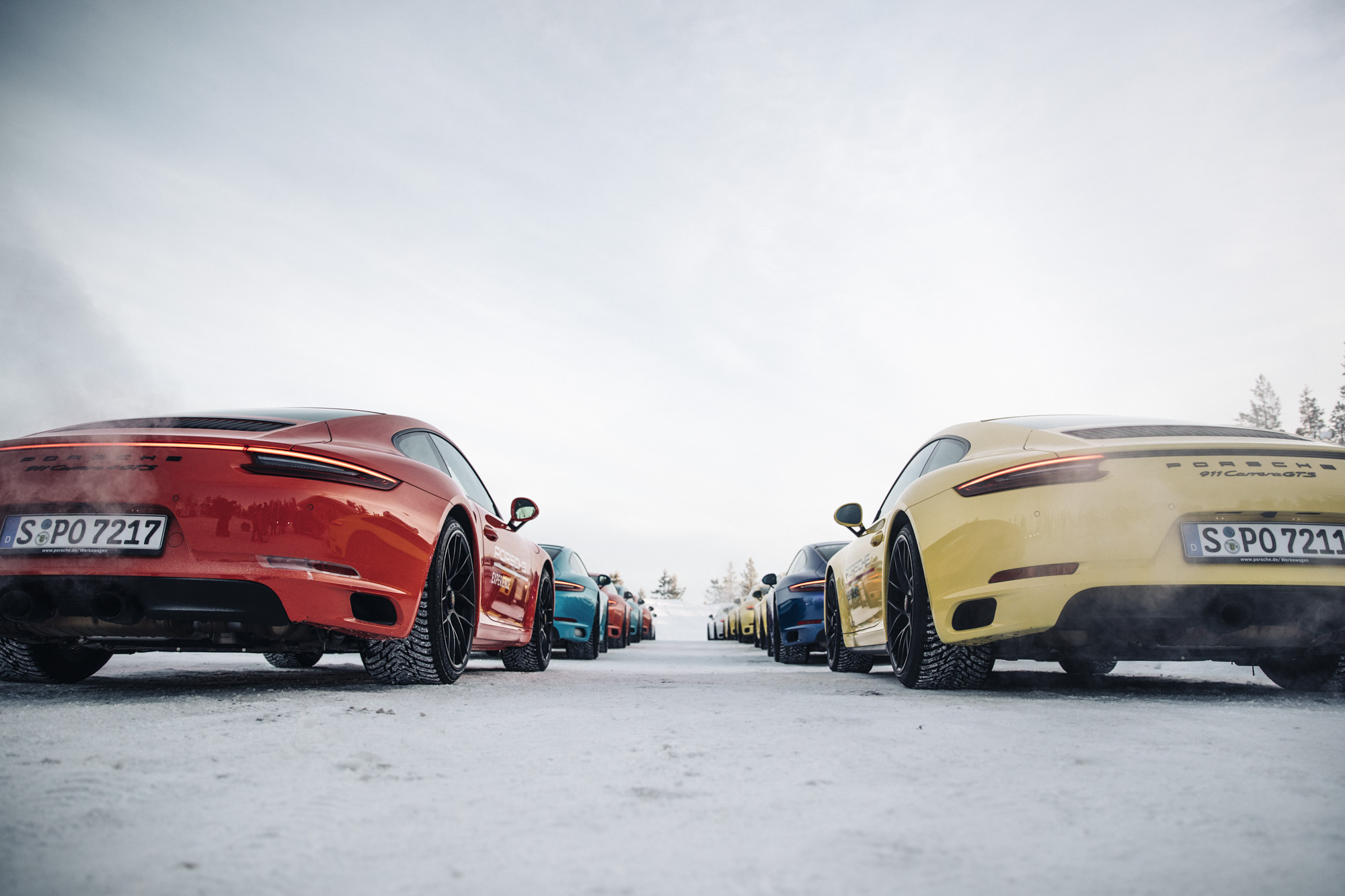 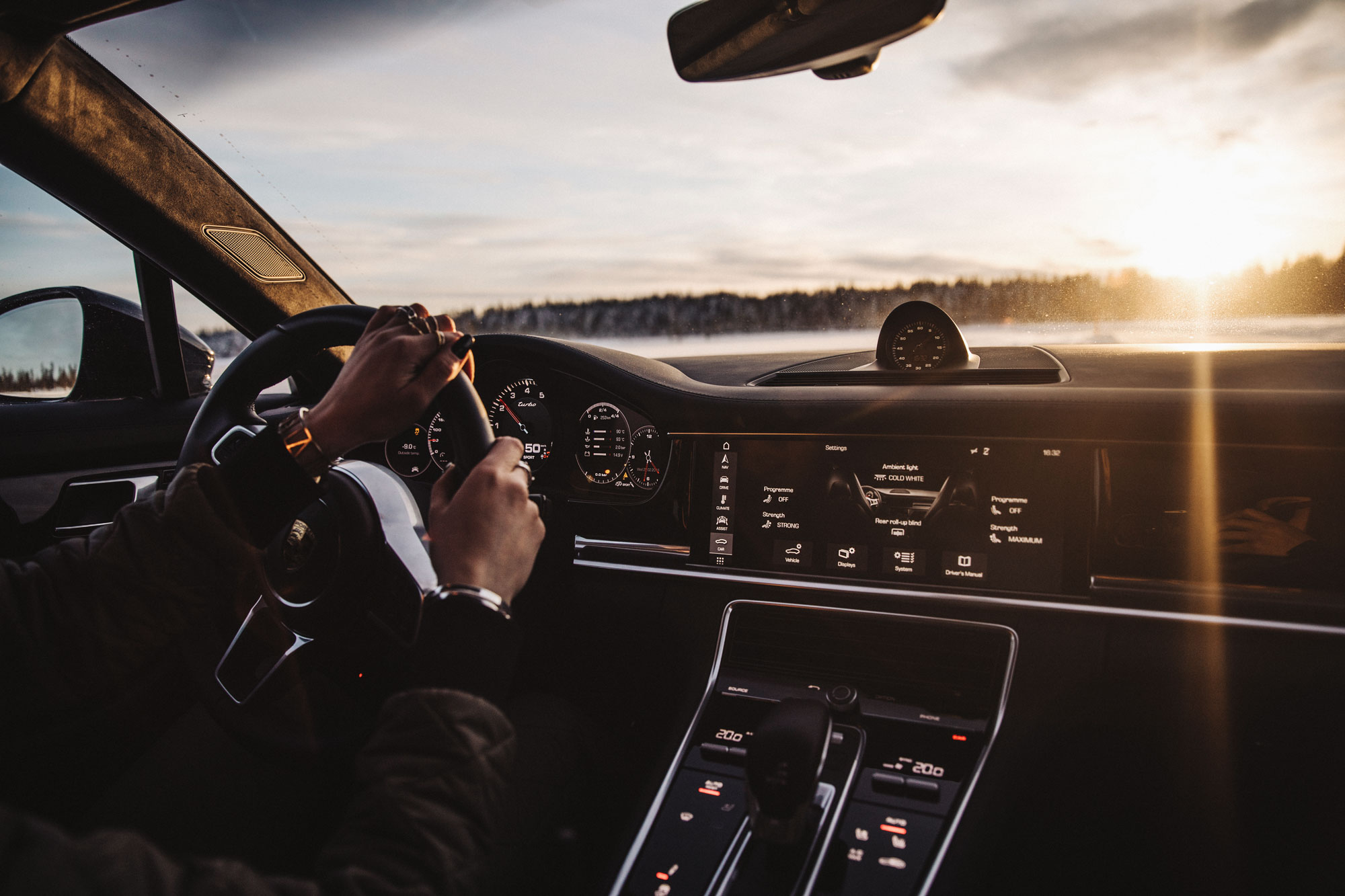 Seems like driving is one of those last male bastions. It’s like a male comfort zone, in which they are allowed to be outdated versions of themselves. A reminder of simpler times prior to equality between men and women, that terrible period we entered, at the expese of the male ego. The fact that men don’t drive better than women, as many (yes, many!) statistics show, is often ignored. If anything, men just drive different. And the fact that the first driver ever was a woman is also all too often redacted from the history books.
But hey, pride comes before the fall.

It’s kind of the perfect opener for a debate about feminism, isn’t it? Well, it would be, if there were not so many more serious and urgents topics in that respect. So, let us leave the men their illusions that they’re better than us at least in one thing, and let’s focus our energies on more important subjects. We all know, there are plenty. Still so many clichés we women are confronted with in our daily lives.. but I digress, that’s probably a separate blog post at some point. 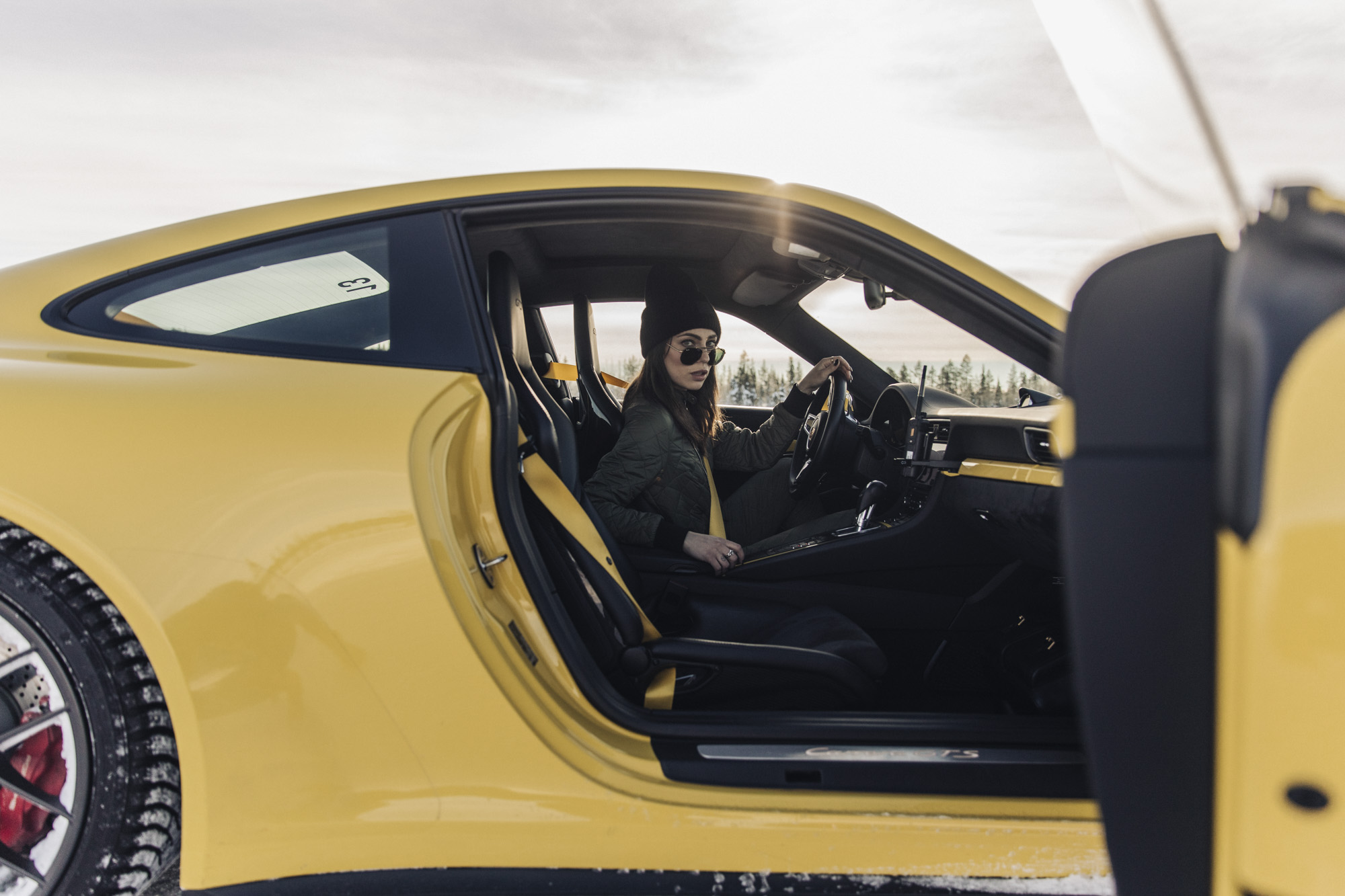 Actually, talking about clichés, here is a persistent one: Big car, small dick.
I can’t really tell, to be honest, as I prefer to drive the big cars MYSELF. HA!

I have to admit, few things bolster confidence as much as driving a beautiful (and fast!) car.

Imagine the following situation:
The light turns red, I need to grind my Porsche to a halt (I don’t have a Porsche yet, but never mind. Let’s not get hung up with details here.). By the way, the simple traffic light rules apply to men as well, even if they don’t always act like it in Berlin. Another car pulls up in the lane next to me, also pretty and fast. The driver turns his hea, checks out my car with appreciation, and then the shocker: …

a woman behind the wheel!! How is that possible? How is this even allowed?

And while he still tries to get his thoughts in order (hang on, how come a women drives a car like that? How am I going to process this with my limited horizon?) I have already put the pedal to the metal. The light has jumped to green. A bit childish, I know, but I enjoy this moment.
One basic truth about me: I love to break conventions. 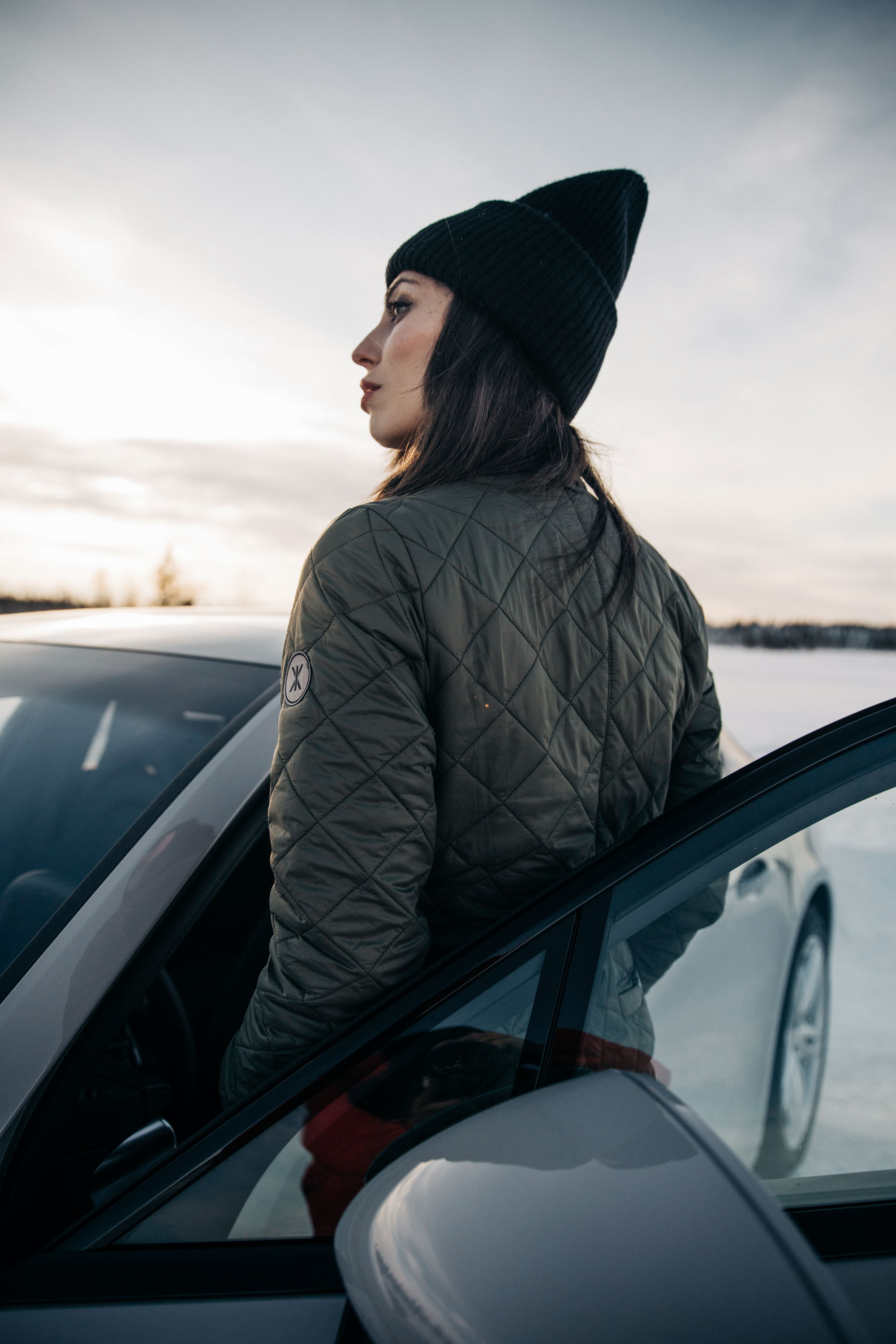 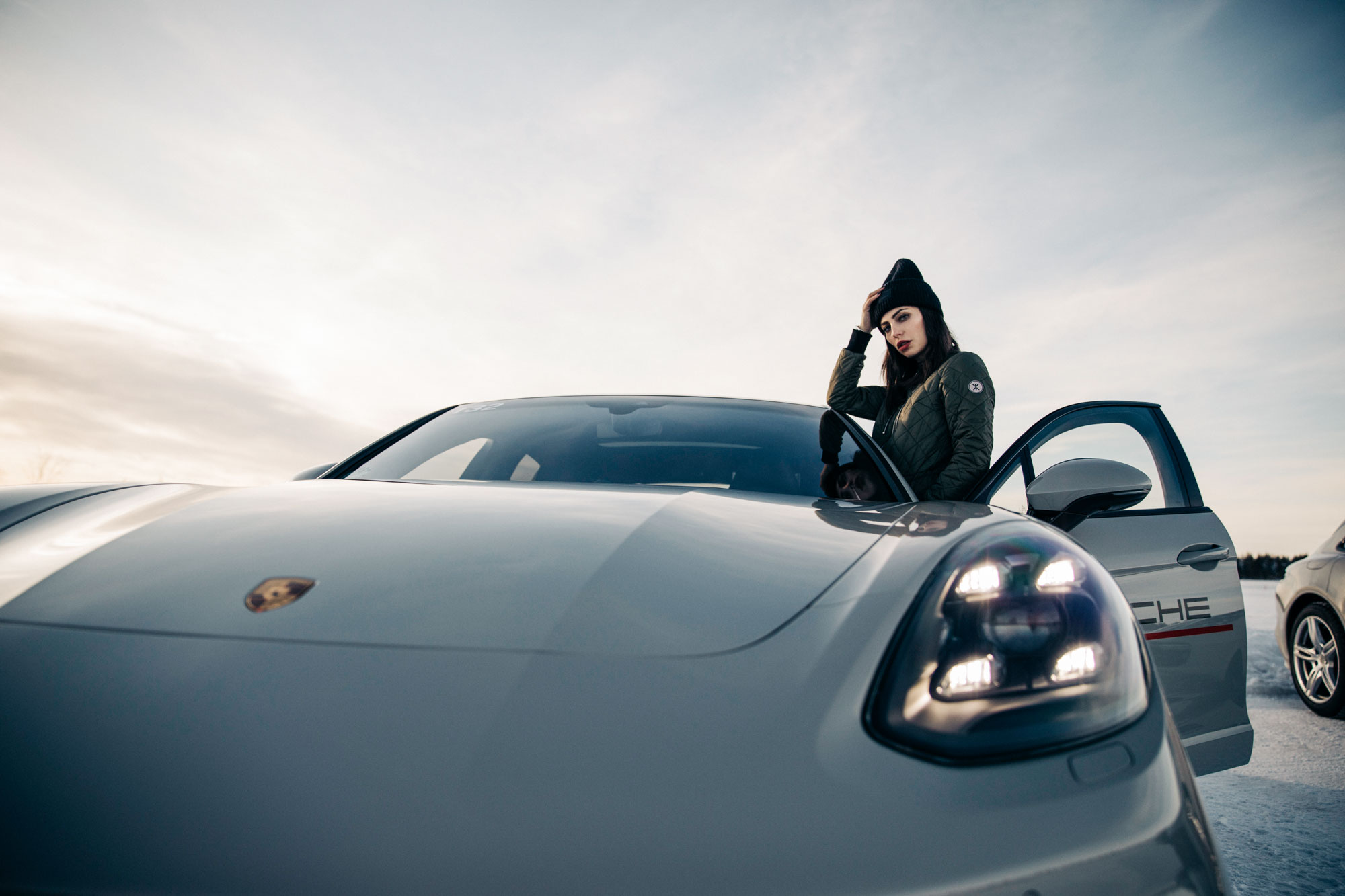 Women don’t enjoy driving? Oh please!
It all depends on the car – and the traffic.

When Porsche asked me whether I’d be interested in taking part in their Drifting Ice Experience in North Finland, I never hesitated. What a question!! Awesome car, and a street just for myself! I’d have to skip Paris Fashion Week, but that’s worth it, if you catch my drift :)

Disclaimer: I don’t have any experience with drifting. Adrenaline is one thing, traffic risk is another. So this was perfect. I’d get a chance to drift without risking anyones life.
And that’s exactly how it turned out! 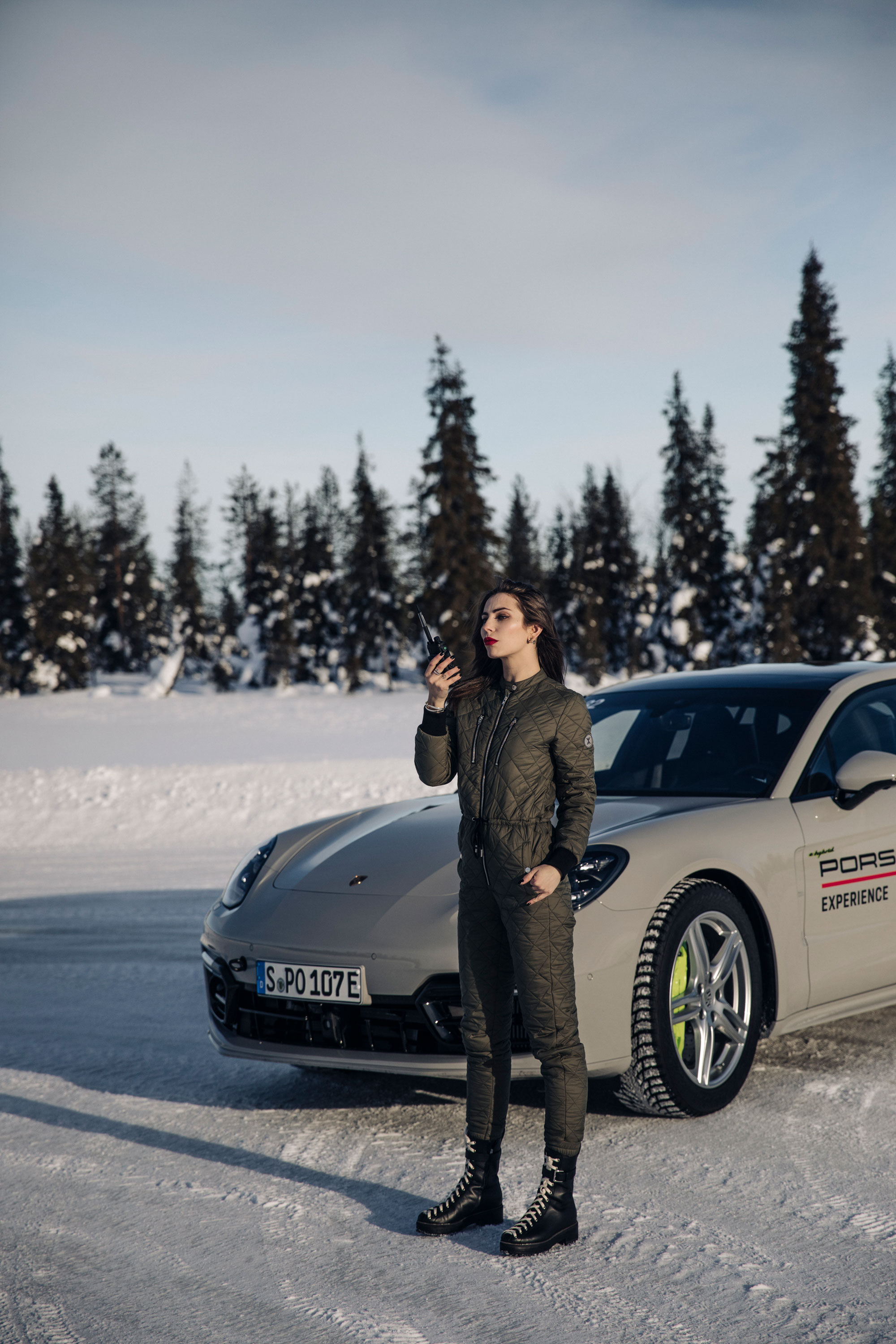 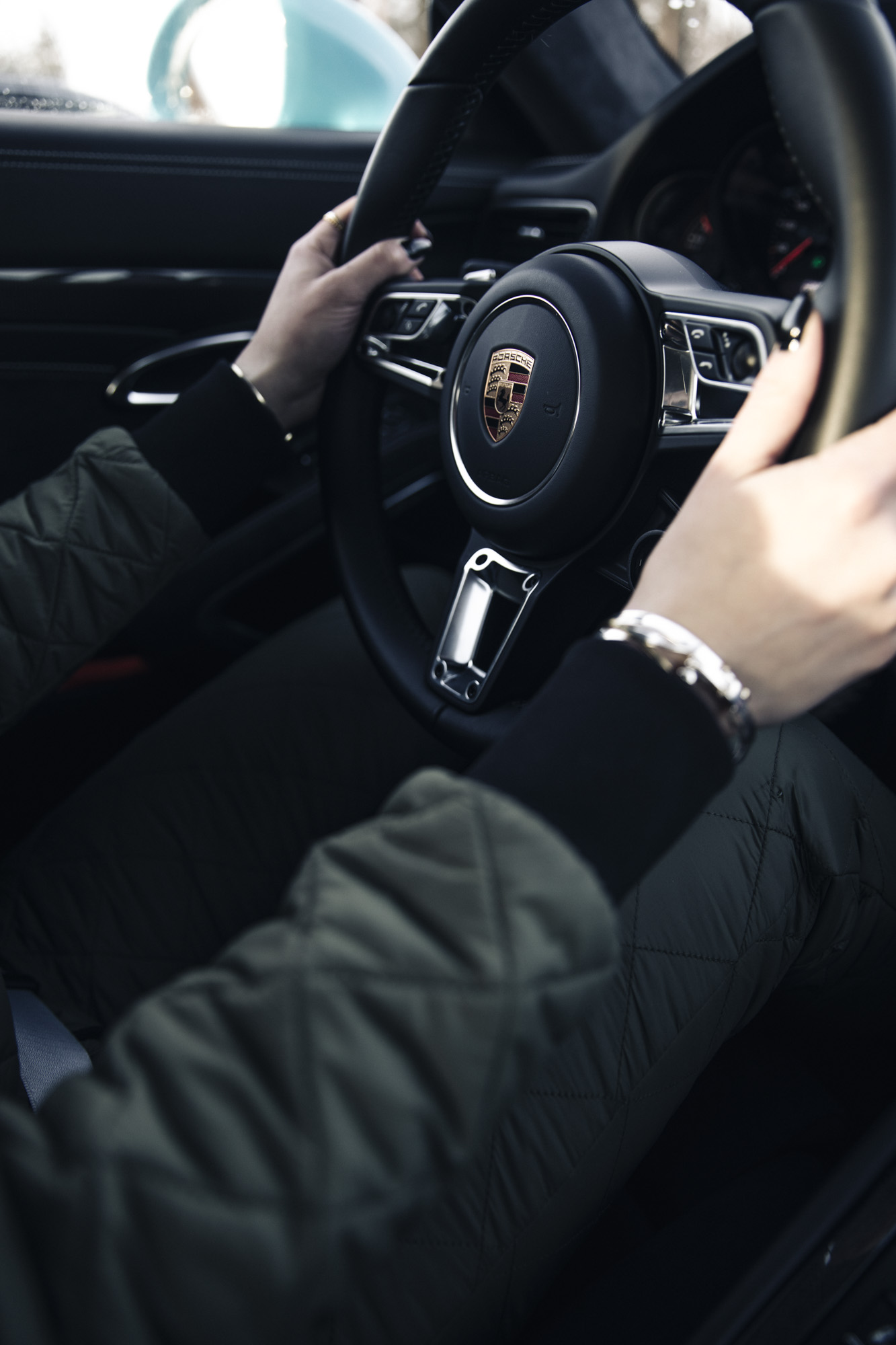 In fact, the whole trip was even better than I could have imagined:
A plane chartered especially for us flew us to sleepy Levi, a winter fairy tale, a dream, where we had the choice out of 100 (!) models that were flown to Finland and prepared for us especially for the occasion. Round by round we learned how to drift, with two-wheel and four-wheel drives. We drove slaloms, then did circles, and eventually parcours. Every round was trickier than the one before, and more fun at that!
I felt completely alive during the experience! 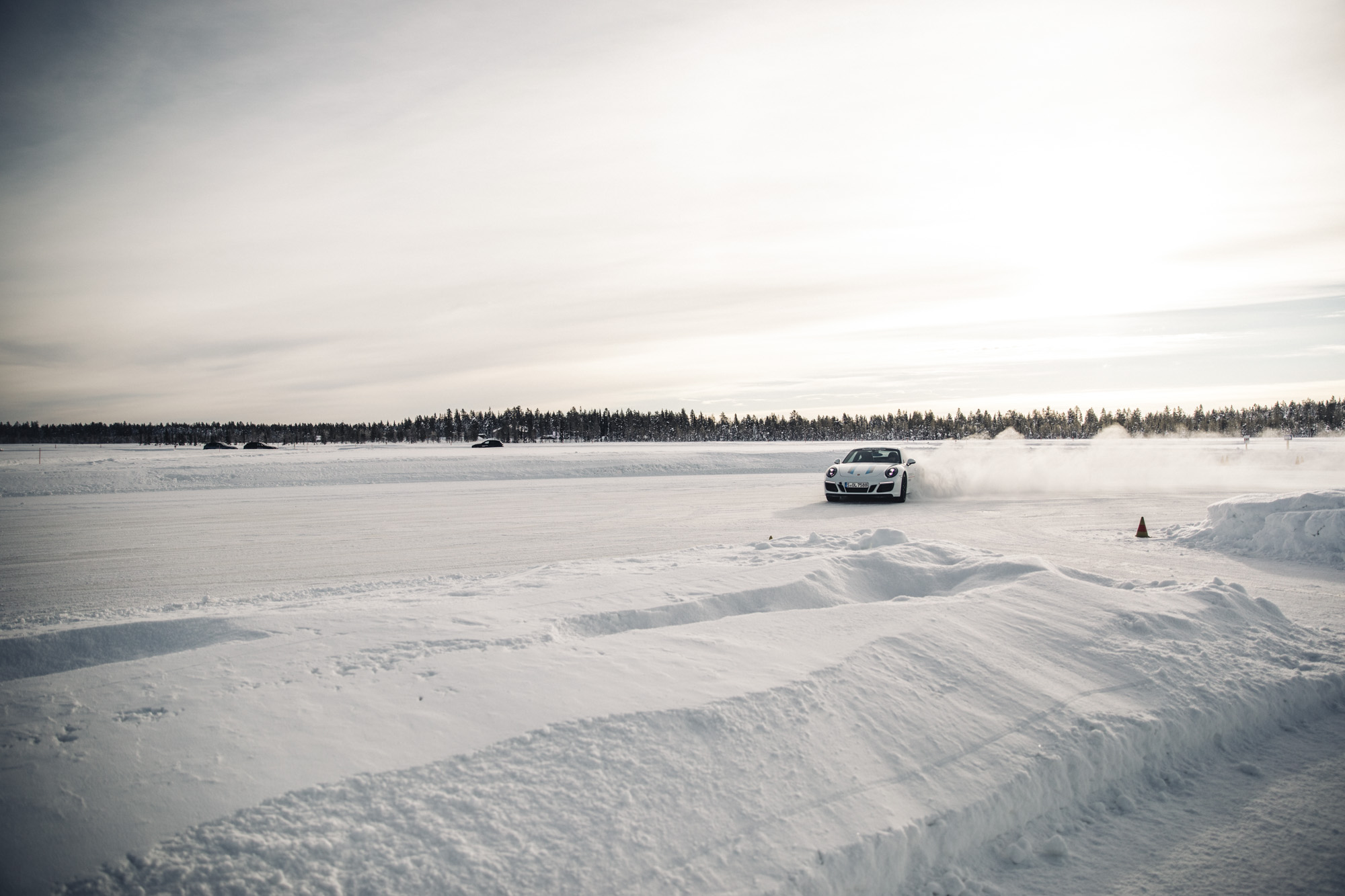 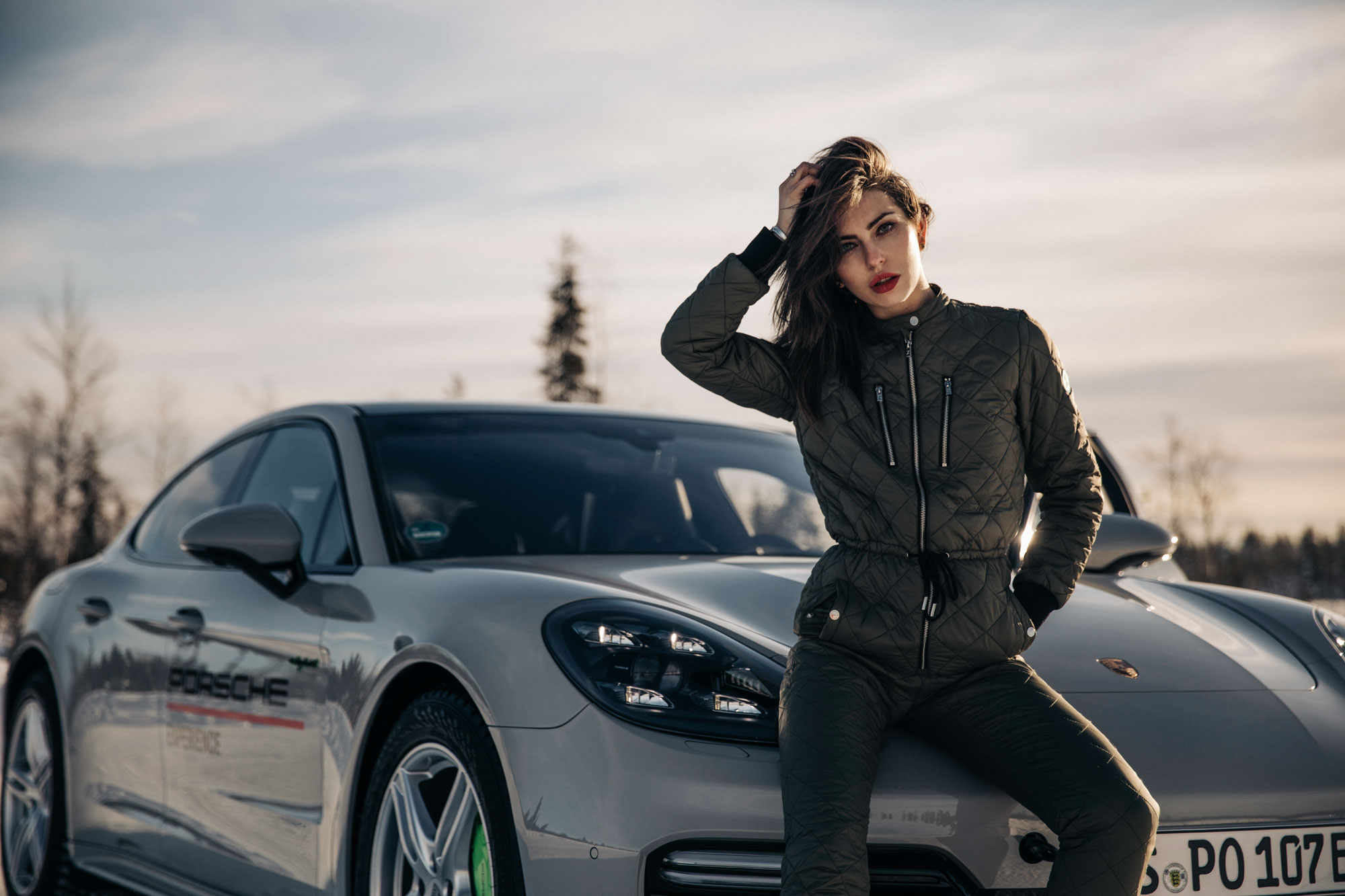 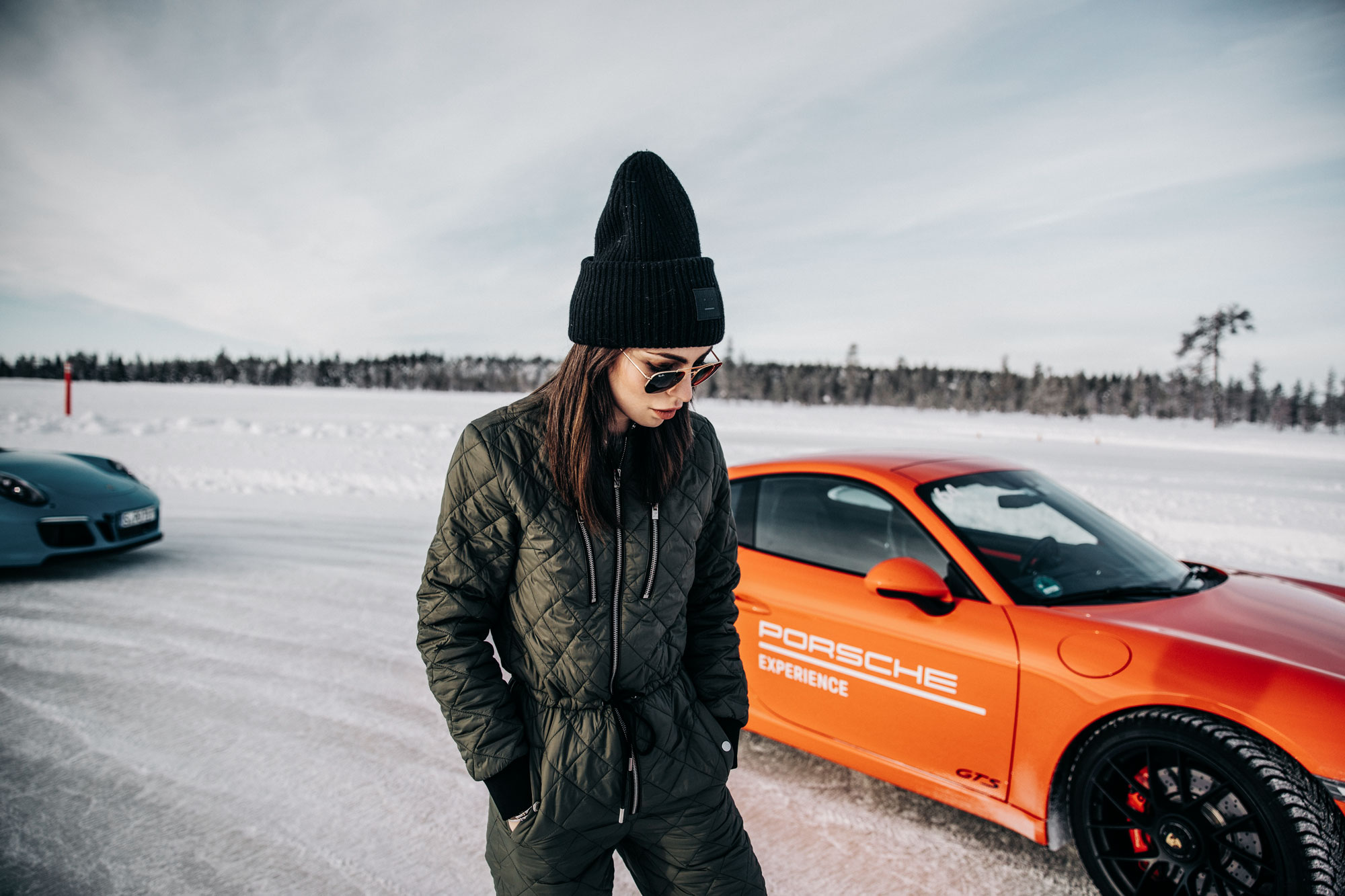 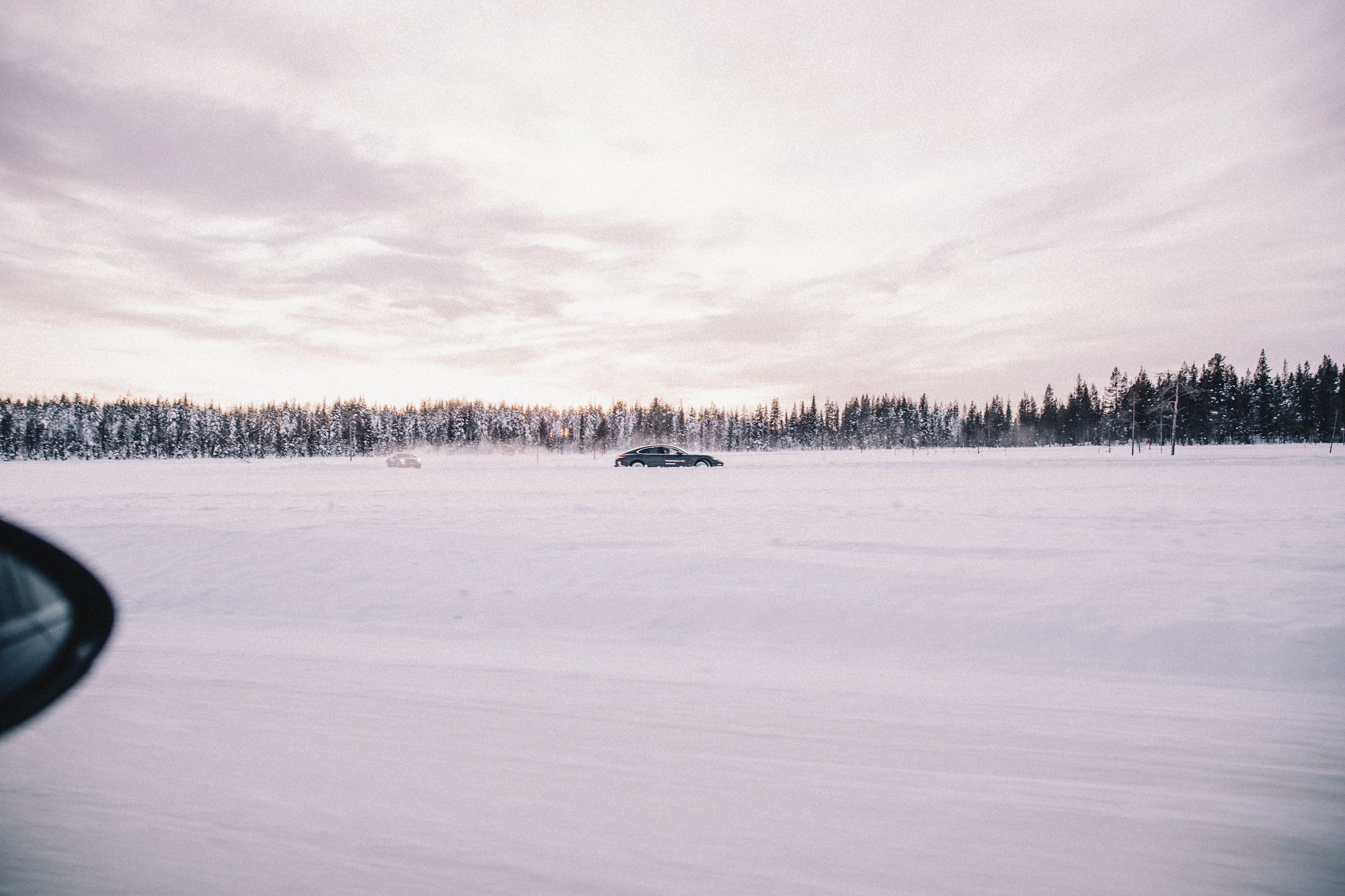 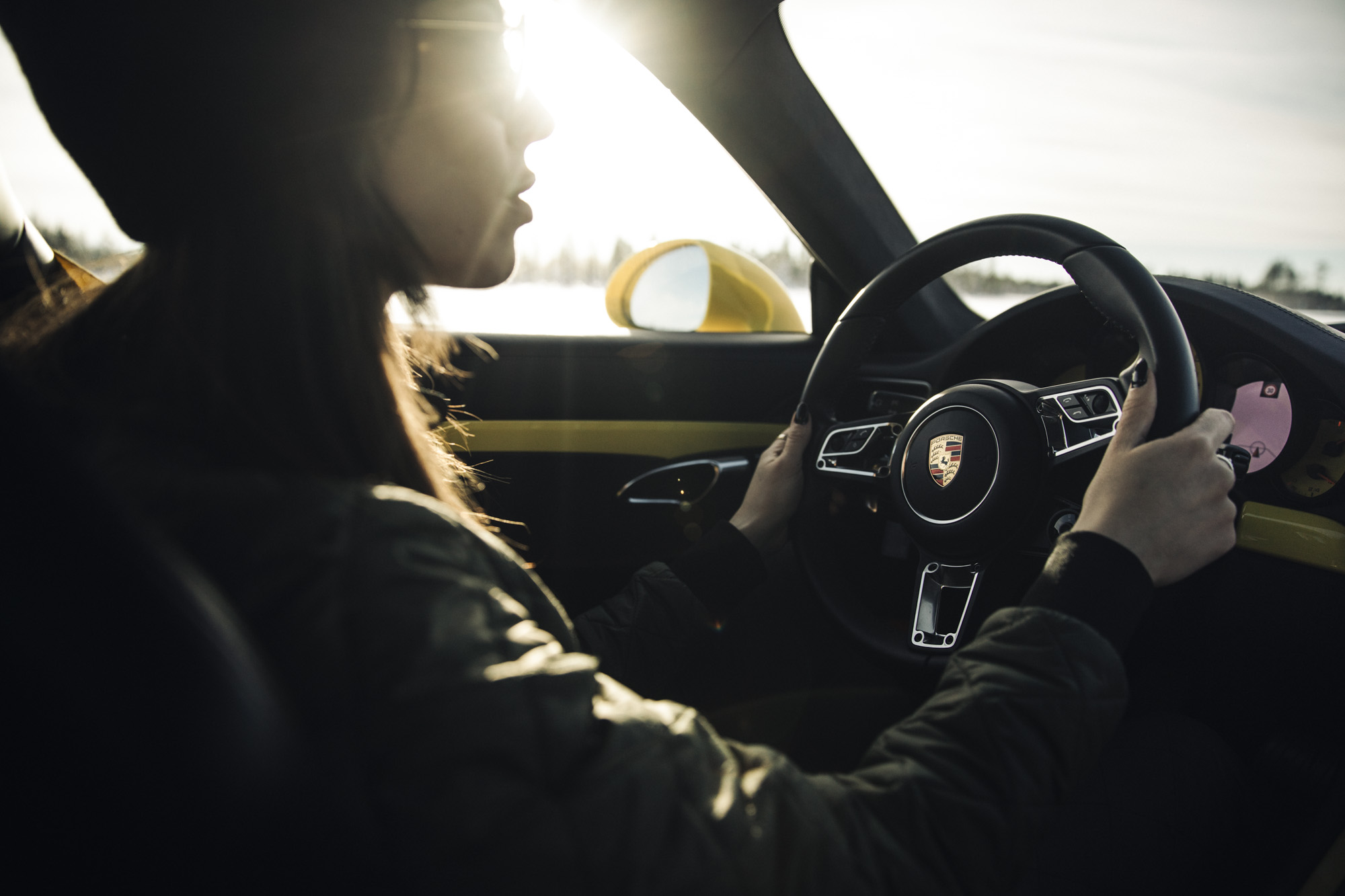