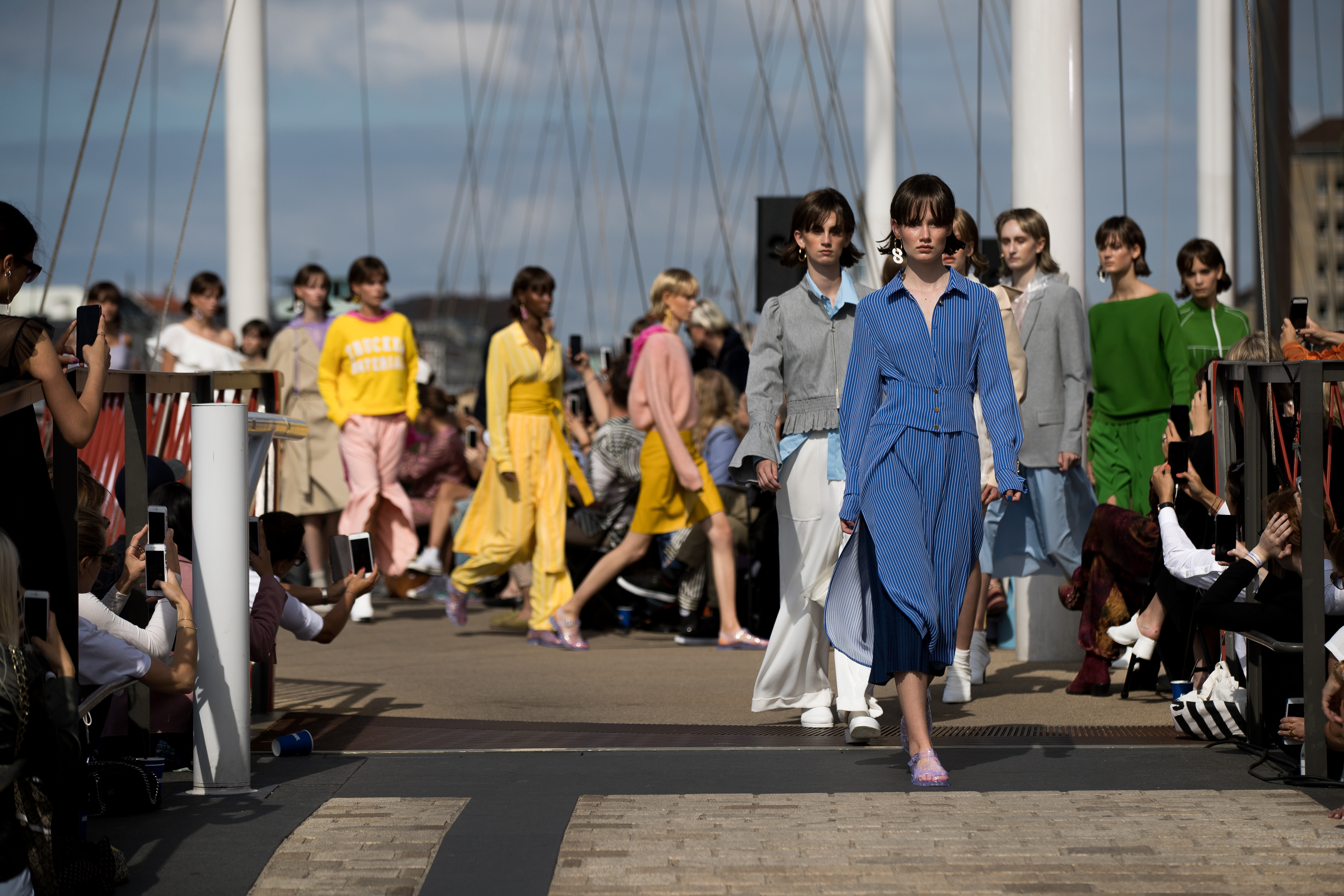 A couple of days ago I attended Fashion Week with the mission to discover new trends and fashion highlights, and which city would be better suited for that than Copenhagen?

Rather unsurprisingly, Scandinavian fashion is among my absolute favorites, not least because there are so many similarities between the Scandinavian and German styles. In both countries, the tendency is towards simple and timeless designs, practical but also stylish. Moreover, garments tend to be of great quality without breaking the bank. I think that’s what makes Scandinavian designs so attractive for us Germans. That said, Scandinavia is a good bit ahead of us Germans, at least as far as fashion is concerned.

For that and several other reasons, Copenhagen Fashion Week is a pioneering event,
and it also marks the start of Fashion Week month. I relished the opportunity to once again dive in head-on, and have summarized the 5 most important trends for you: 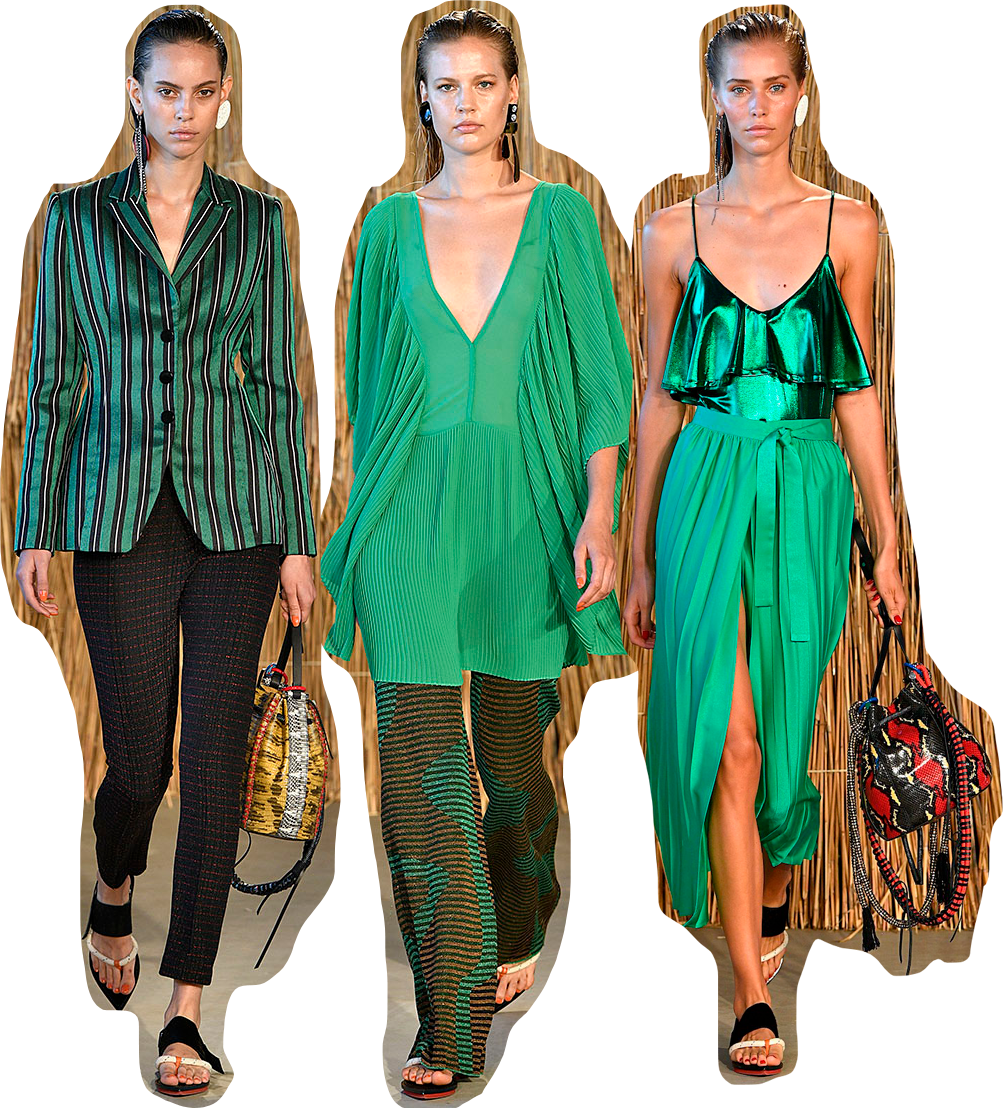 Greenery
Greenery was officially selected as the Pantene Color of 2017, and apparently the designers took the hint to heart. I admit openly that at first I was very (very!) skeptical about this color. Even though I quite like green, I tend to prefer less saturated hues. That said, it was exciting to see what designers made of the color, and how cool it came across in some designs – whether in head-to toe combinations or as color accent.
Seen at: Designers Remix, By Malene Birger 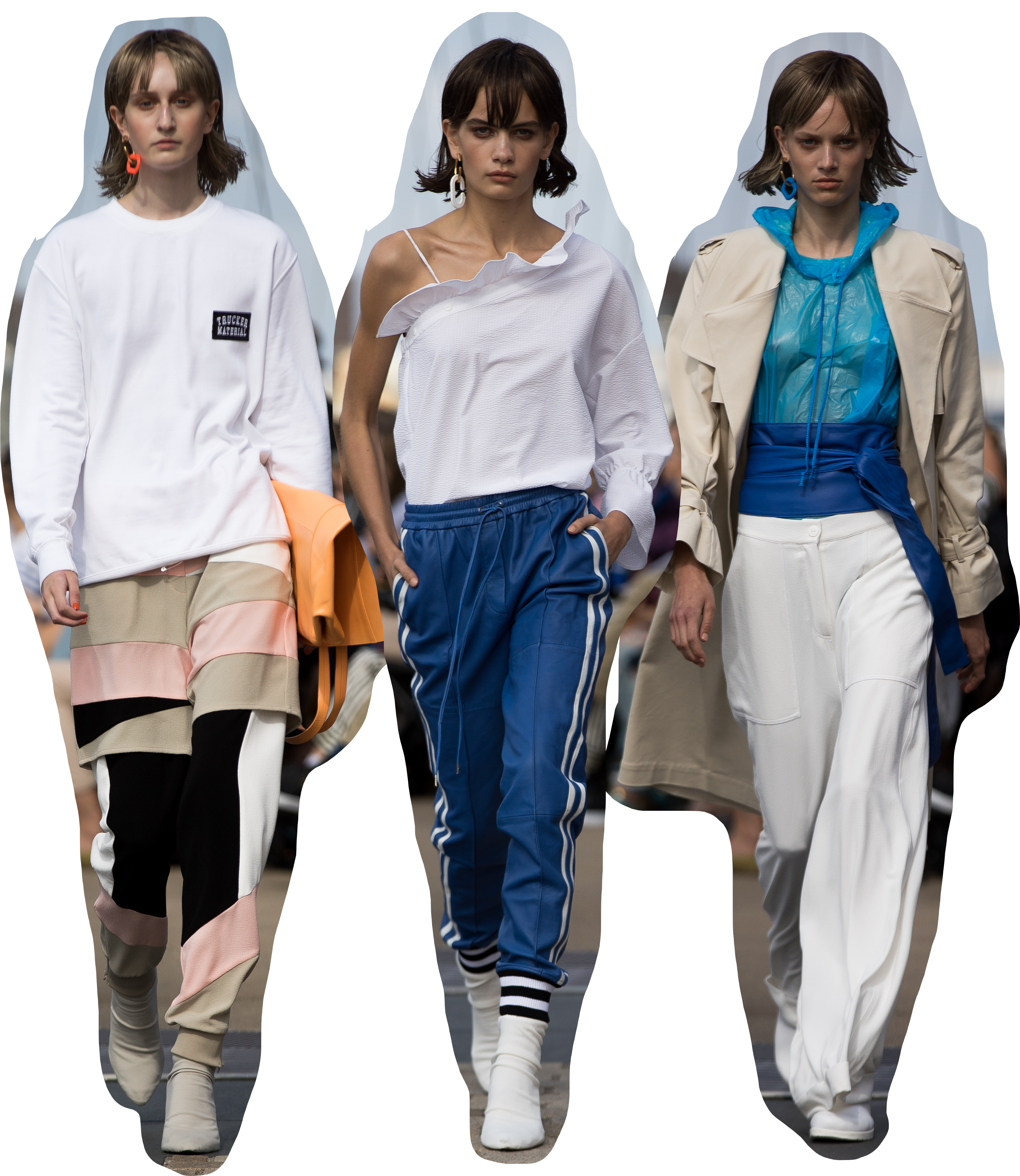 90s
Including this trend on my lists feels weird every single time, but what’s become obvious last season has been confirmed this year around once again: the 90s are back. Sure, for some of us they may have never ended, but it still seems to me like yesterday that we actually lived in the 90s. Can you believe it’s been 20 years? I only wish I’d have looked as stylish back then as the designs presented by Designers Remix & Co this year :)
Seen at: Designers Remix 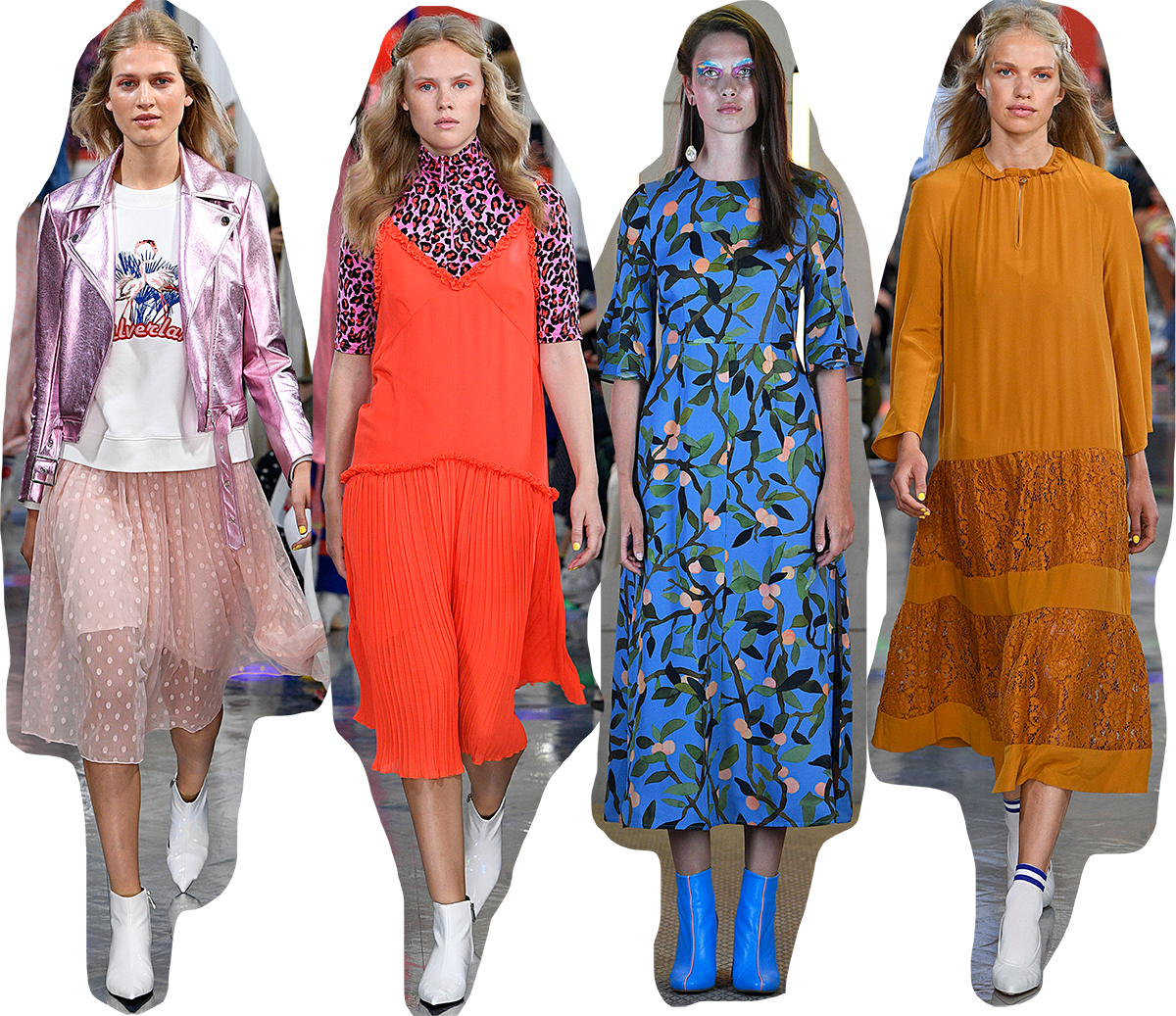 Midi
Mini is out – midi is the new magic word! Sounds a bit burgeouis at first, but it’s pretty awesome when you take a closer look. Midi has one huge advantage: it makes us look great! It’s the perfect length, suits every woman, and accents our physical charms. Works especially well in combination with socks and flat shows, which gives the look a cool and extremely relaxed note.
Seen at: Lala Berlin, Baum & Pferdgarten 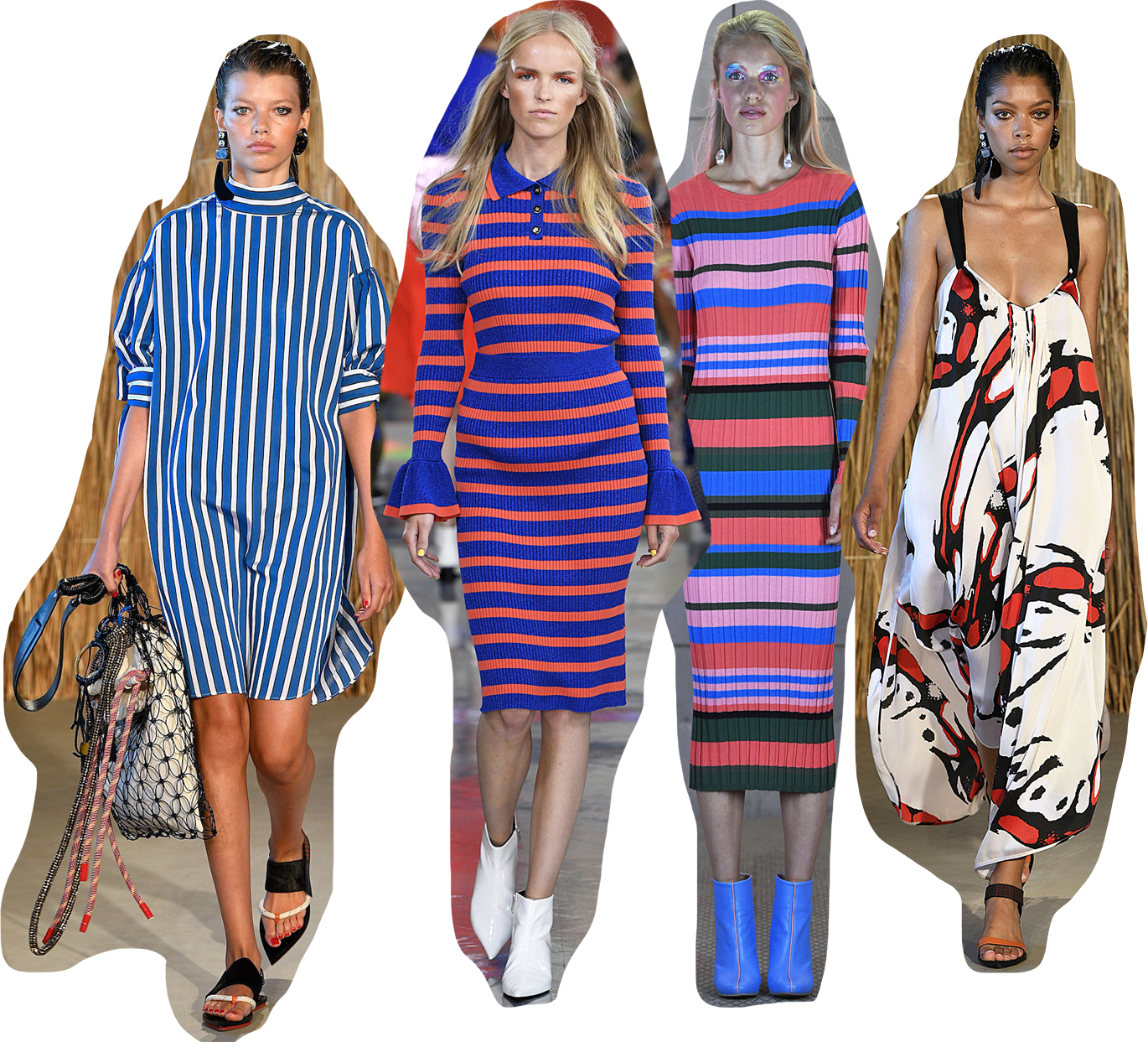 Prints are omnipresent again, seen everywhere from blouses to – especially – dresses. It may not be all that new, but in the past the trend was focused mainly on graphic patterns and flowers. This year we saw LITERALLY EVERYTHING, with many patterns looking like small pieces of art in their own right. Definitely a great investment!
Apart from prints, stripes are also a big deal right now. Once again, the motto seems to be: the more extravagant, the better! 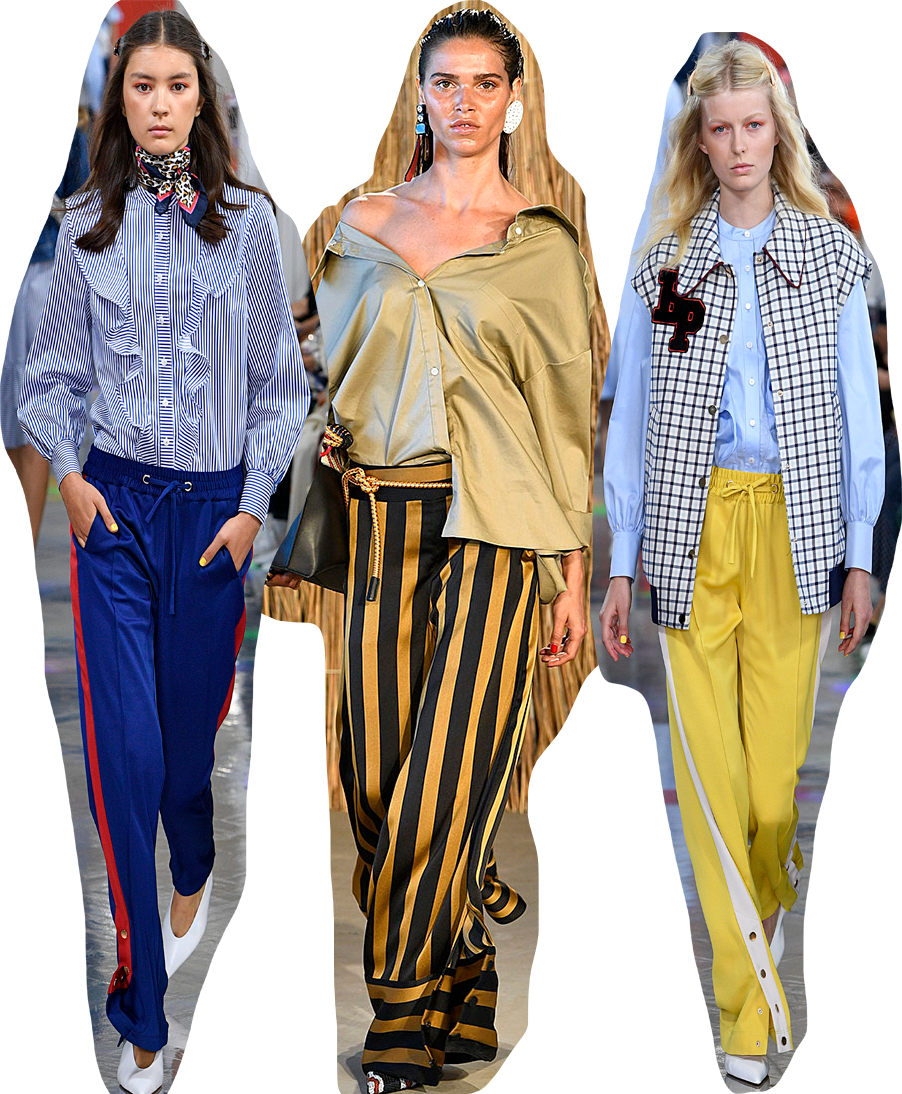 Sporty Spice
It seems it’s become pretty chic to lose control over your life. That at least would explain all these sweatpants on the runways. Made of silk, Lurex or come in the easy-fuck version, the range is wide and varied. The skinny jeans trend from a few years ago has clearly been replaced by sweatpants. Finally a practical and comfy trend that works as well as home and in every day life as well as out and about.