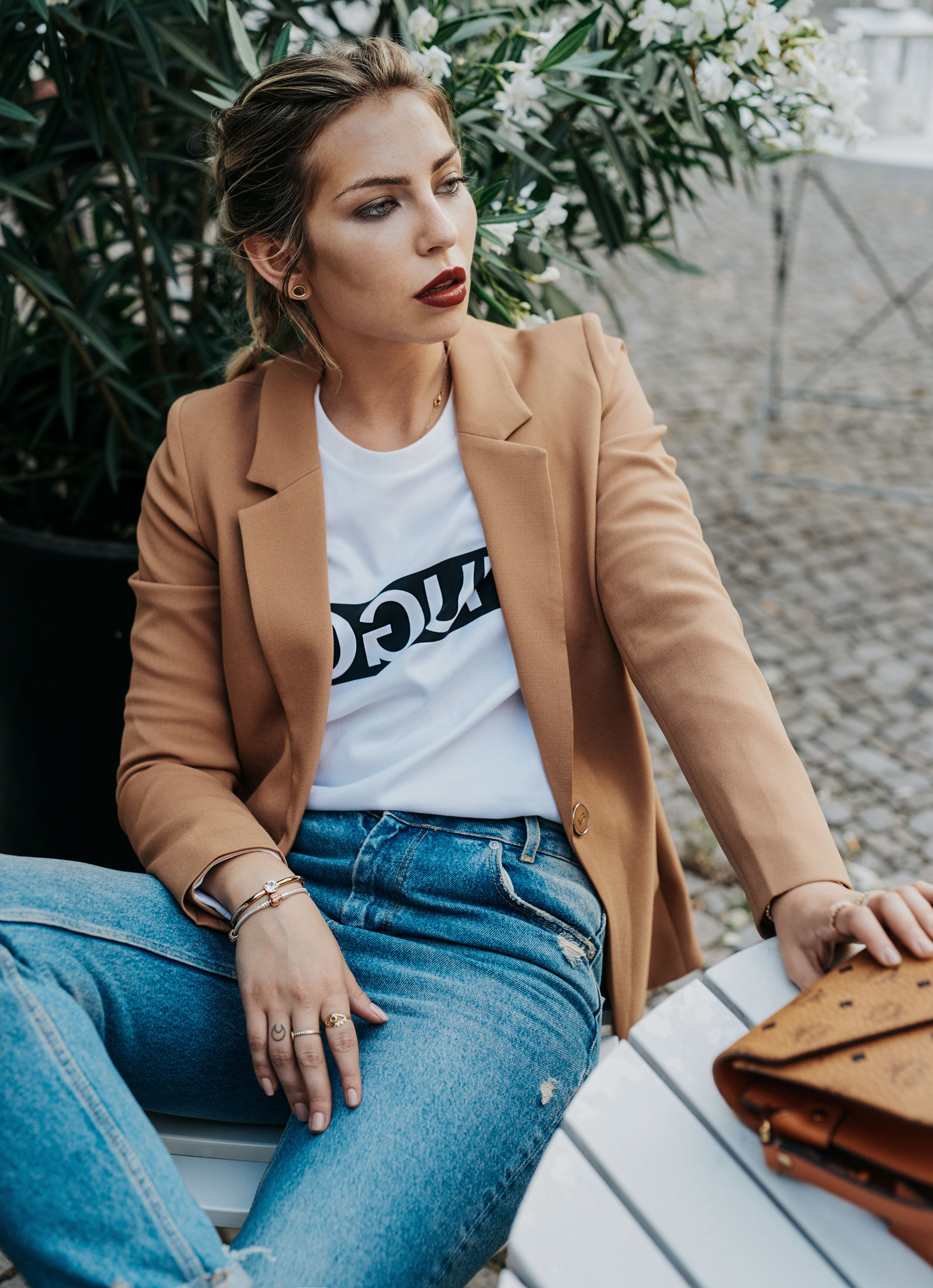 „Were you not in New York?“

I like to swim against the current, sometimes purely as a matter of principle, on other occasions because I’m honoring what has sort of become a personal tradition.
It’s part of my DNA.

I don’t know when this attitude took root. Probably at some point during my school years, when I realized that I seem to be incapable to be part of a clique, at least for a longer period. Not for want of trying, either, on the contrary – I wanted so badly to be part of something, but it never seemed to fit. I always felt like a puzzle piece that’s just not shaped quite right for any gap. I seemed to fit everywhere to a point, but never found the right place for myself. And then, after a while, I stopped trying and made a virtue of necessity: I became a lone warrior and learned to connect with others like me. 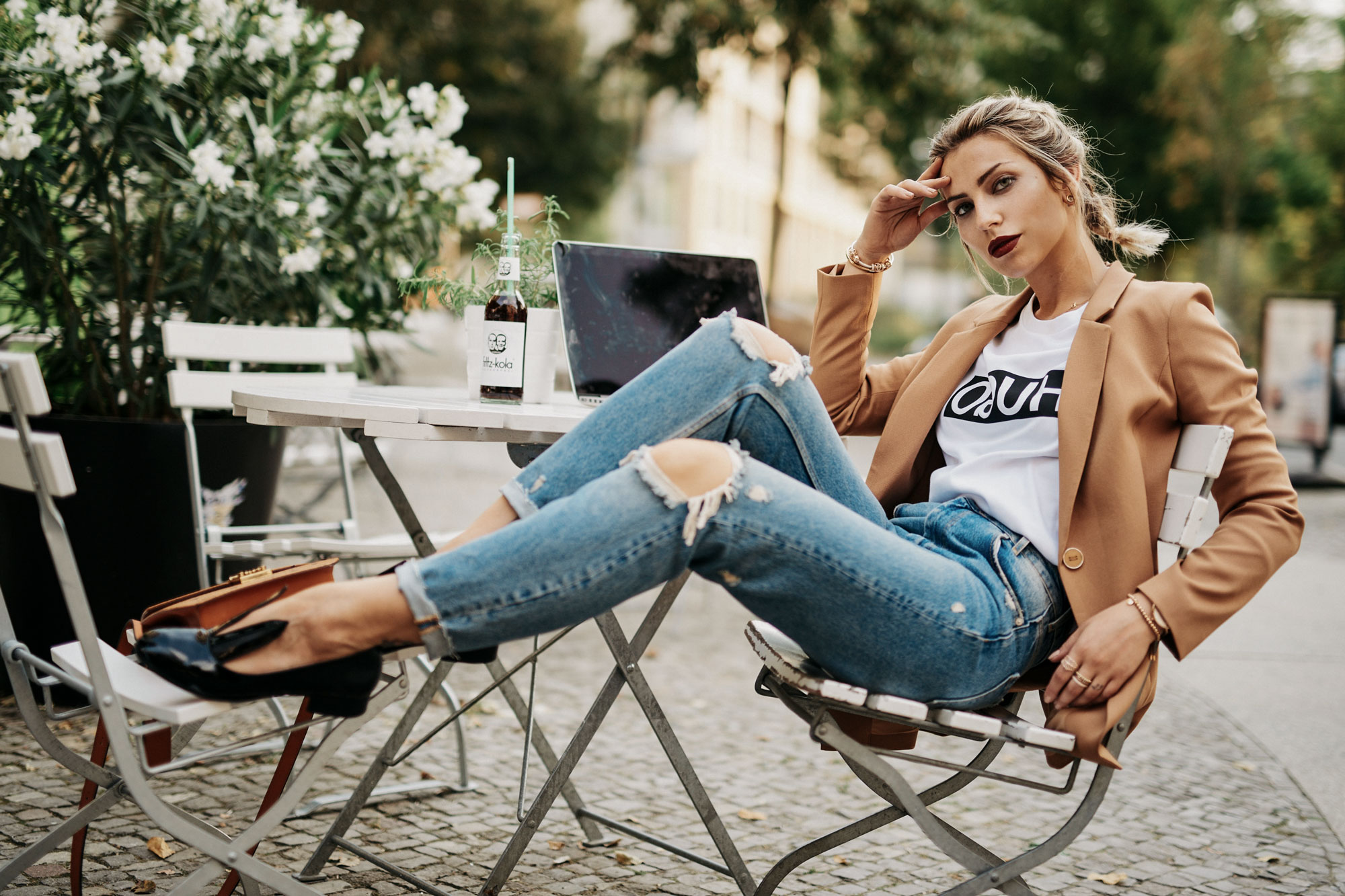 It’s the same for me when it comes to fashion.
I love fashion to bits, the possibilities it provides to express individuality. But do I also want to be part of the (international) fashion crowd? Do I want to be one of the ‘usual suspects’, a Fashion Week staple?
Not really.

This decision is a wise one, made by my heart, not my head. It may be smarter to stick with the it-girls of the scene, to show my face at all the shows and parties and to signal to the world: I’m one of them, and I’m in New York right now, like everyone else.
The truth is, I am not one of them. 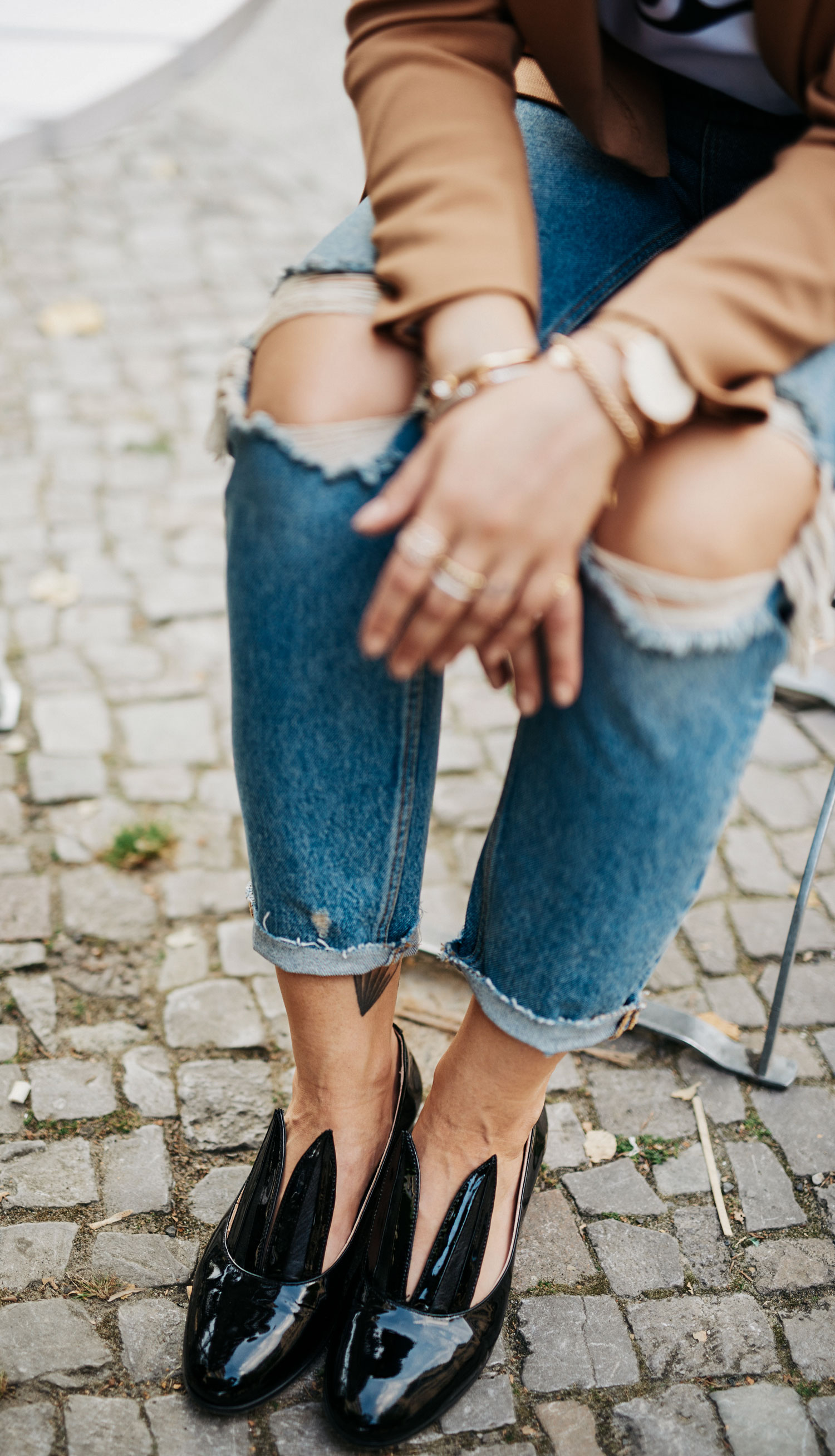 Do you really think even a fraction of the friendships among people on the scene could even exist if we wouldn’t run into each other at all these events all the time? If there was no concept of ‘reach’ to bind us together, or to justify even the weirdest behavior?

It does seem like everyone takes it for granted that bloggers are all about having tons of followers and that it’s all about money. They say money doesn’t buy happiness, and the same goes for (real) followers (to some extent). If you have a lot of money/followers you will always be targeted by people trying to suck up to you, and others that are just plain envious. In terms of character, this is where the cinder is separated from the chaff: some continue to swim their rounds as small fish in a big pond, others prefer to act like sharks in a tin pool.

I want to be able to say I don’t care the least bit about how many followers my friends have, no matter whether its more or less than I have myself. Idfc

In New York the depths of human nature can seem particularly dark. Standing on the edge, looking down, I feel dizzy and am scared to fall and to vanish in this fashion abyss.
The danger is real, but I have a safety net: my friends and my family, my anchor in reality.
Every year, Fashion Week New York opens that threatening abyss for me. I am well aware that some people never find their way back into reality.

If I’m honest with myself I have to admit that I do not want to become a German Chiara Ferragni. I like my daily routine and my new work-life balance way too much.
To jet from location to location, to be somewhere else every single day, to be part of the fashion circus may be inspiring – but only form the outside.

I realize I have found what I was always looking for: a place in life that makes me feel happy and well. This place is not in the front row. And definitely not in New York. 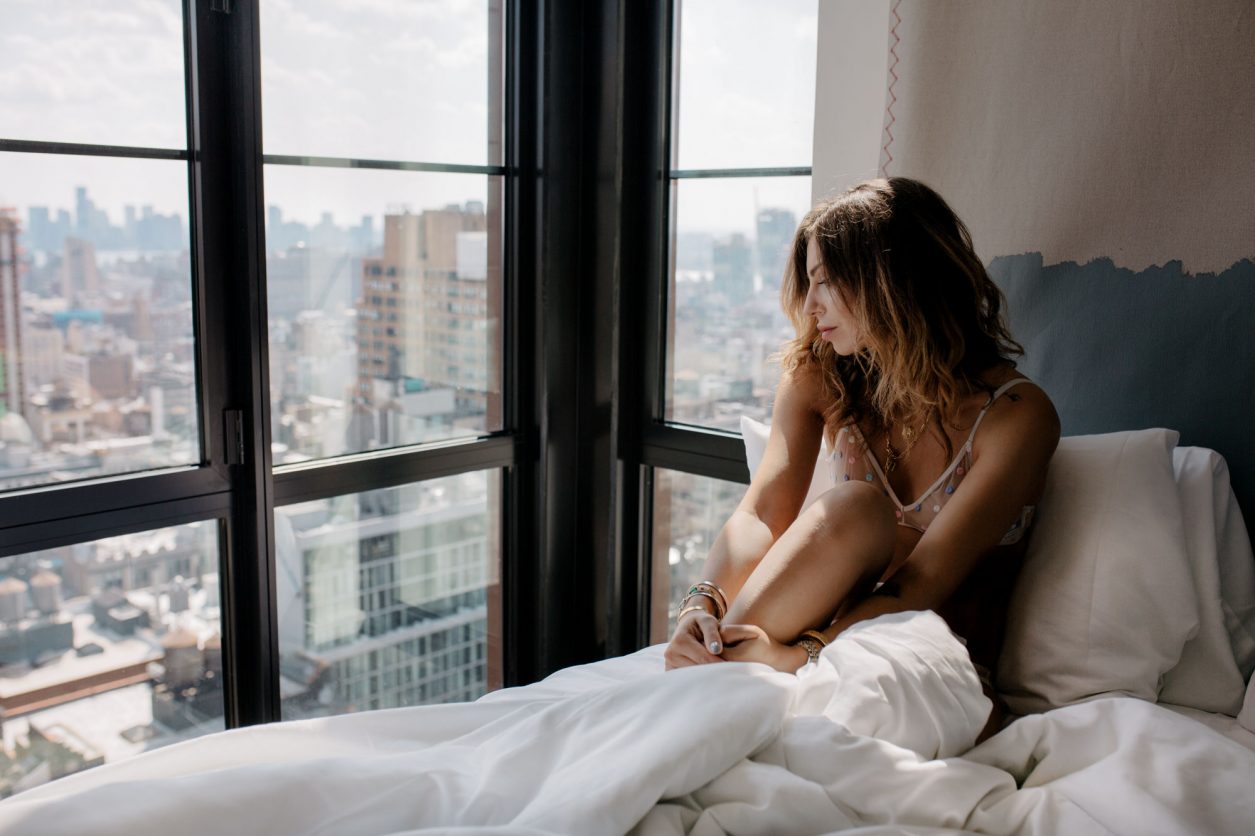 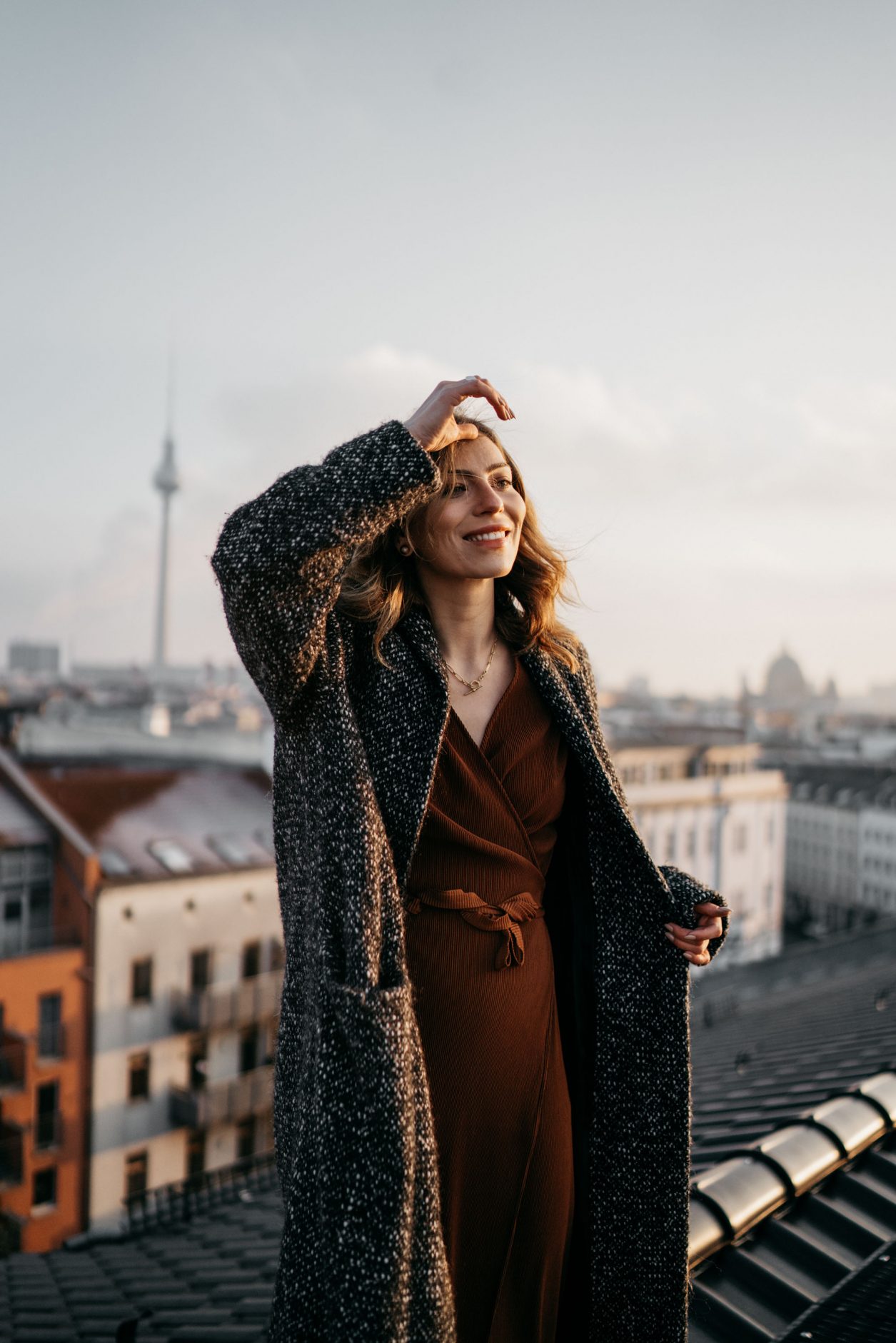