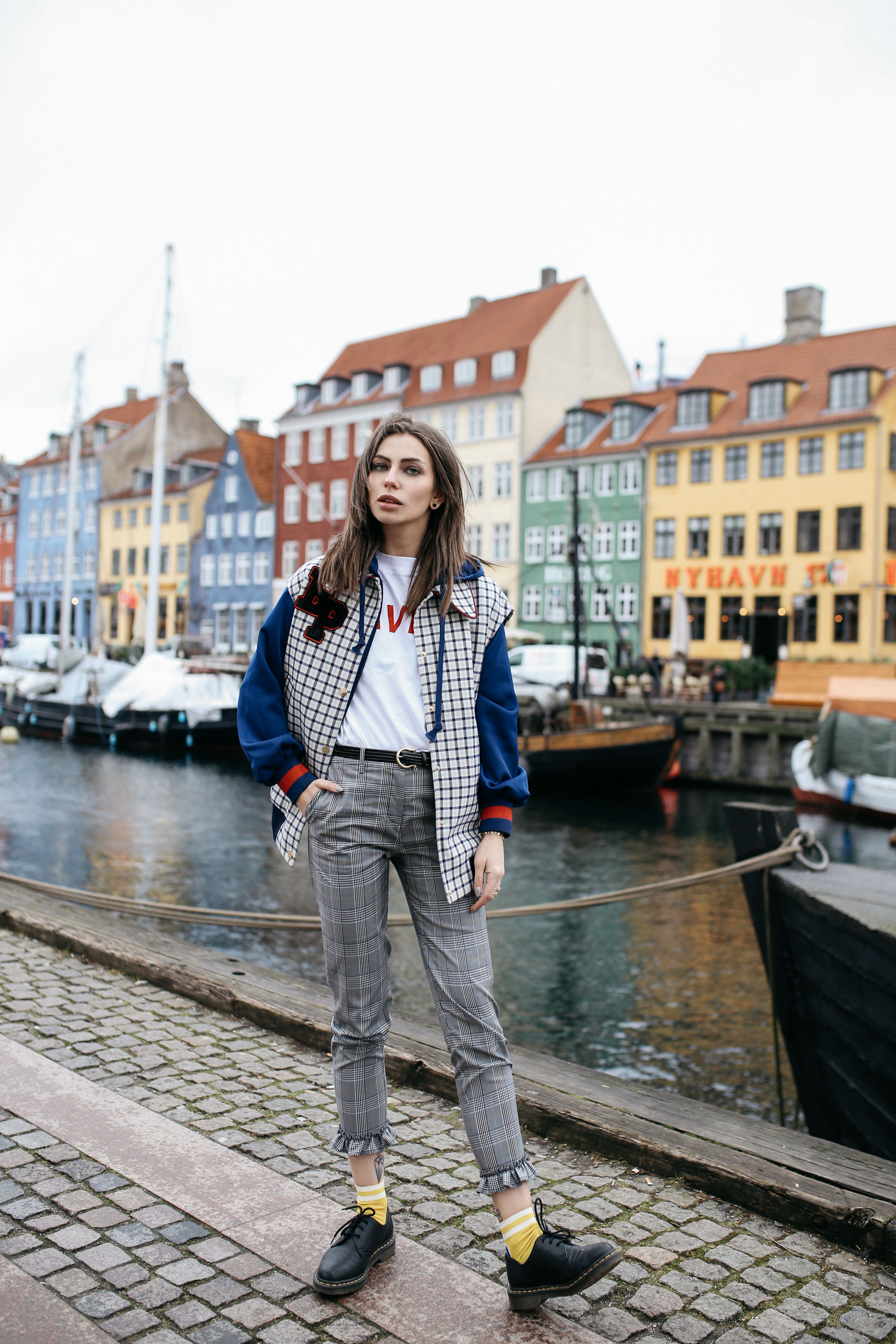 Some of you may have wondered why I’m so quiet these days. The truth is: I’m not sure myself. There is so much going on behind the scenes, and then there’s also private life. On the one hand I have rediscovered the joy of attending events, and on the other I really love spending time with my boyfriend at the moment, and sometimes find it daunting to spend 10 hours a day in front ot the laptop. That’s all, I guess.

And just like that, another week has passed, and I barely got around to posting on the blog. Since your (and my) quality bar has risen, it is becoming rather challenging at times to blog as regularly as I used to. At the same time I am wondering whether blogs are on their way out in general… but that’s a question we’ll try to answer another day. 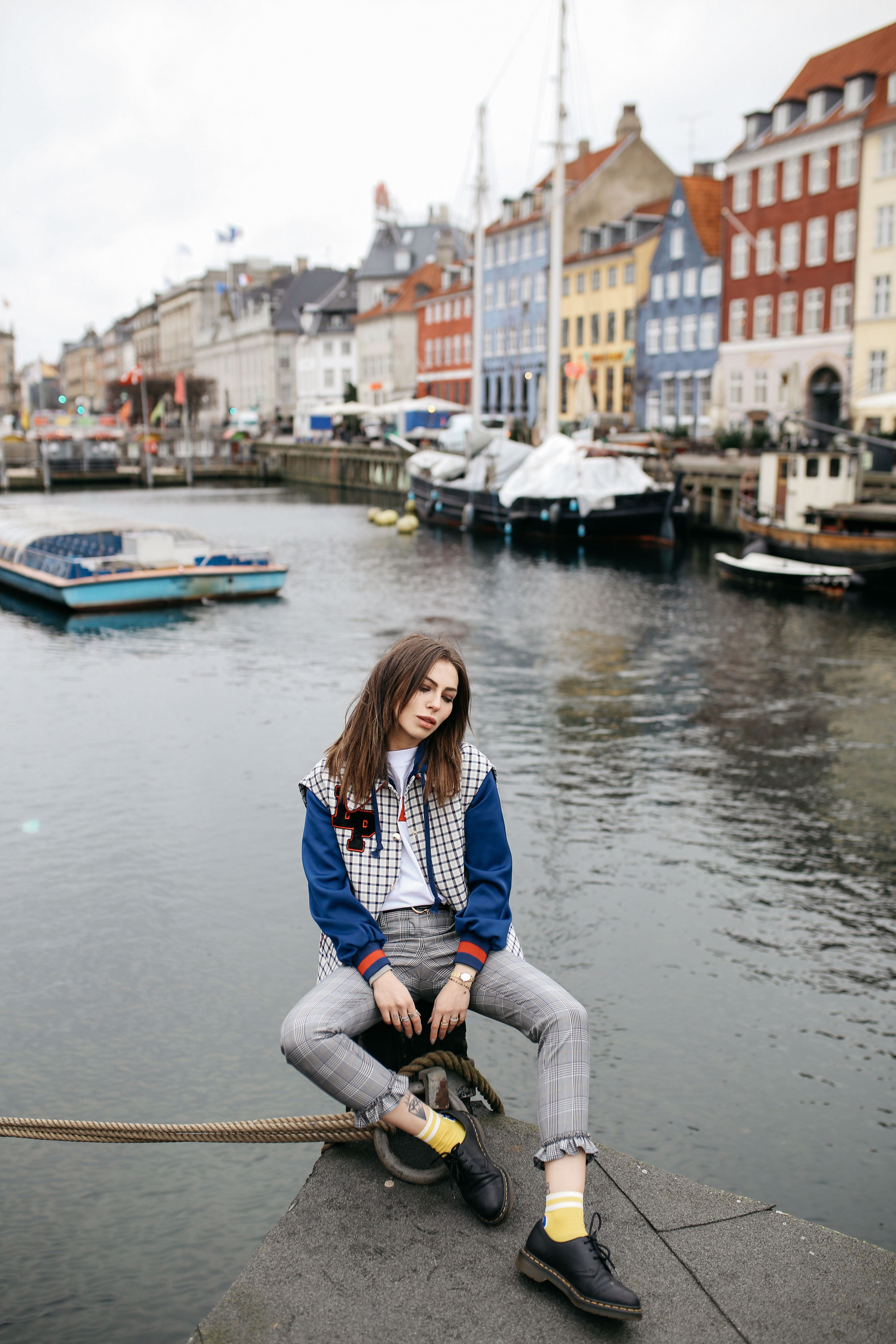 Looking back the last weeks were a mixed bag. Positive moments were invariable followed by bummers, often in quick succession, only to be succeeded by good news again. Last weekend is a perfect example of the general course of things at the moment: a few days ago I received a piece of pretty bad (professional) news, which didn’t help my motivation to post. It needed a moment to gather my thoughts and to direct my focus at the future again. The news are actually threatening my existence.

So, yeah, that gave me something to chew on, a lot to think about. I may have to change a few fundamental aspects in my approach. But almost every piece of bad news contains something like an opportunity. At its most basic, it is usually the opportunity to restructure the old, to change one’s outlook and, maybe, to give a crazy idea a chance. Yes, I am cleaning up shop behind the scenes, which is exactly what’s necessary at the moment. For that reason it will remain somewhat more quiet on my blog than it used to be for a little while longer, while I gear up for the next moves. Unfortunately, the roof is really on fire behind the scenes right now, and I am forced to postpone a few projects while I’m fighting the unexpected flames before barging ahead again.

Generally speaking, the year didn’t show me it’s kindest side so far, almost as if 2018 is testing my endurance. Unpleasant as that is, I know full well that these phases are sometimes necessary. I tend to outgrow my limitations in difficult situations, and tend to come out of my shell much more. It’s true that rain is followed by sunshine. In fact, I may have already found a solution to my problem, one which will not only satisfy the high expectations I have in myself but may in fact create a whole new level of drive into the future. I am not quite ready to talk about my current challenge in more detail, but anyways, it is something that plays out behind the scenes and should not make much of a difference to the experience you, dear readers, have on my blog and my channels.

On top of all these goings-on, the busy time of the year is drawing close. The international Fashion Weeks are coming up, and true to style I’ll hit the road again with trips to various Fashion Weeks, exciting projects and shootings and also Berlinale about to start. After a quiet January, February is a month of industriousness, and I feel that I am getting back into my flow.

TBT:
There I sat, with stomach cramps, a hot-water-bottle on my belly, all emotional. The reason: I had missed the carnival.
Yes, you heard right, I’m serious.

Carnival is not really celebrated all that much here in Berlin, for example there is not even a proper street party that deserves the name and that would befit the occasion. Talking to Berliners, you get replies like: ‘I hate carnival. It’s like the Oktoberfest.’ And they’ve never even experienced one for real! When I used to live in Cologne, I used to absolutely adore carnival. The mood and overall atmosphere is unlike anything else. Well, maybe experiencing the soccer world cup in your own country, but that’s been a while. So there I lay on my couch, filled with longing, listening to carnival songs, yearning to celebrate.

Matchalatte:
I’m happy to say that at least as Matchalatte is concerned we are in full flow again! We released the most recent episode of our podcast on Monday, and I’m over the moon that we have our rhythm back. Let’s see how long we’ll be able to keep it up, but hey – at the very least we’re doing our best. Your wonderful messages and snaps are extremely motivating by the way! Thank you so much for those! Getting such amazing feedback – and in such quantities – is the best feeling in the world.

I hope you enjoyed the last couple of episodes as much as we did! Please make sure to rate us on iTunes as well when you get a chance, and if you could even recommend us or maybe even leave us a short review that’d be absolutely incredible! We’re not earning anything with this podcast, but we hope to make it huge, and we’d be over the moon if you could help us make that a reality^^ 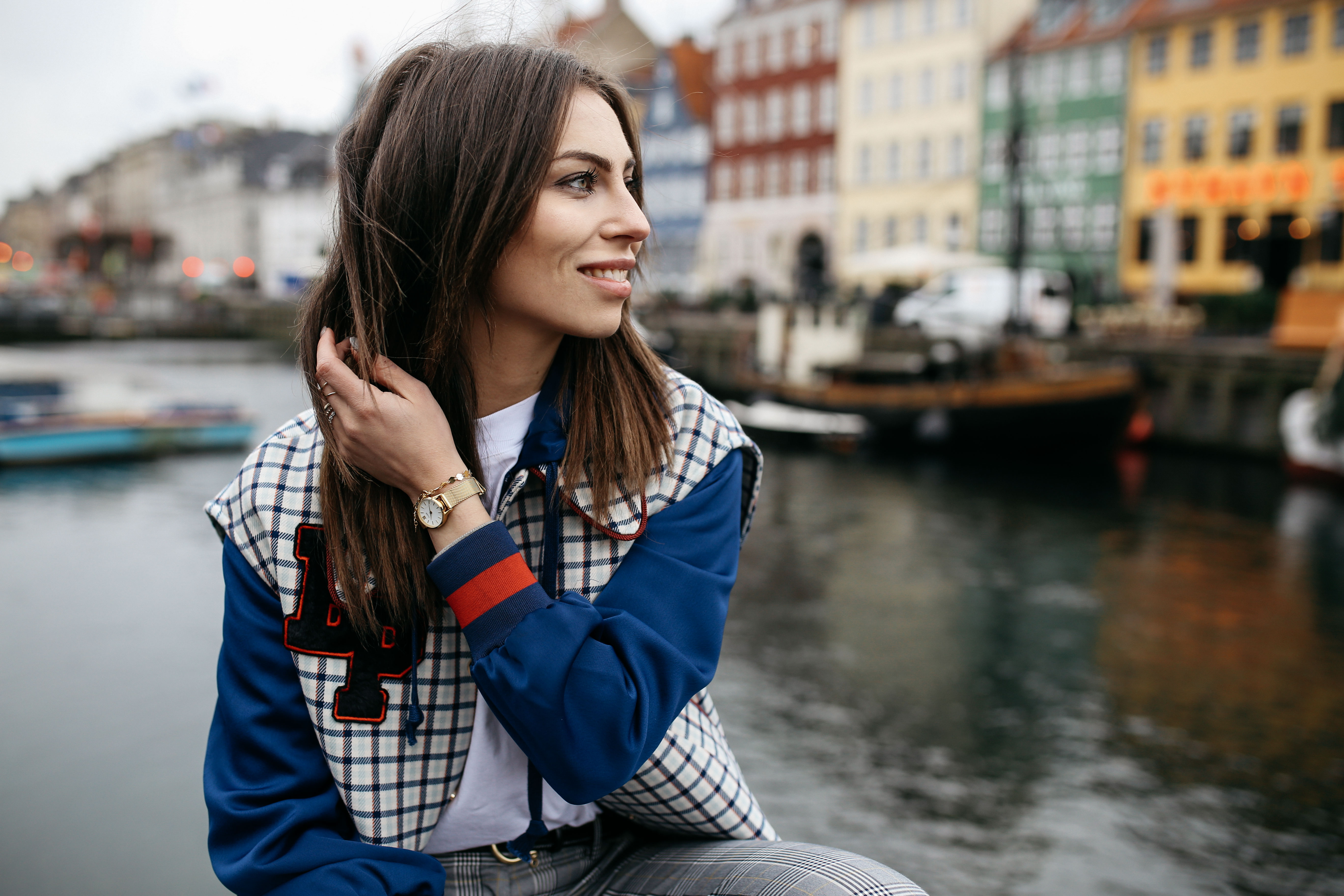 Watched: Wind River
Disclaimer: this film is not an easy watch. On the contrary, it deals with the fact that there is no official missing persons statistic for native Americans. No one knows how many women disappeared or were raped. The plot revolves around a murder case, told in a tone that reminded me of True Detective. We are taken along as the protagonists are trying to solve the murder of a young, native American woman. The film is bitter and serious, interspersed with small humorous moments. So, yeah, it won’t put you in a party mood, but this is a really great movie, one that I recommend from the bottom of my heart. Entertainment that draws attention to a genuine problem.

There’s only one thing that sours the experience: the film was produced by H. Weinstein. A film about rape, produced by a rapist. If I was to be sarcastic about it I’d say H. Weinstein is well qualified, he knows what he’s talking about. But I’m aware that black humor is not for everyone. 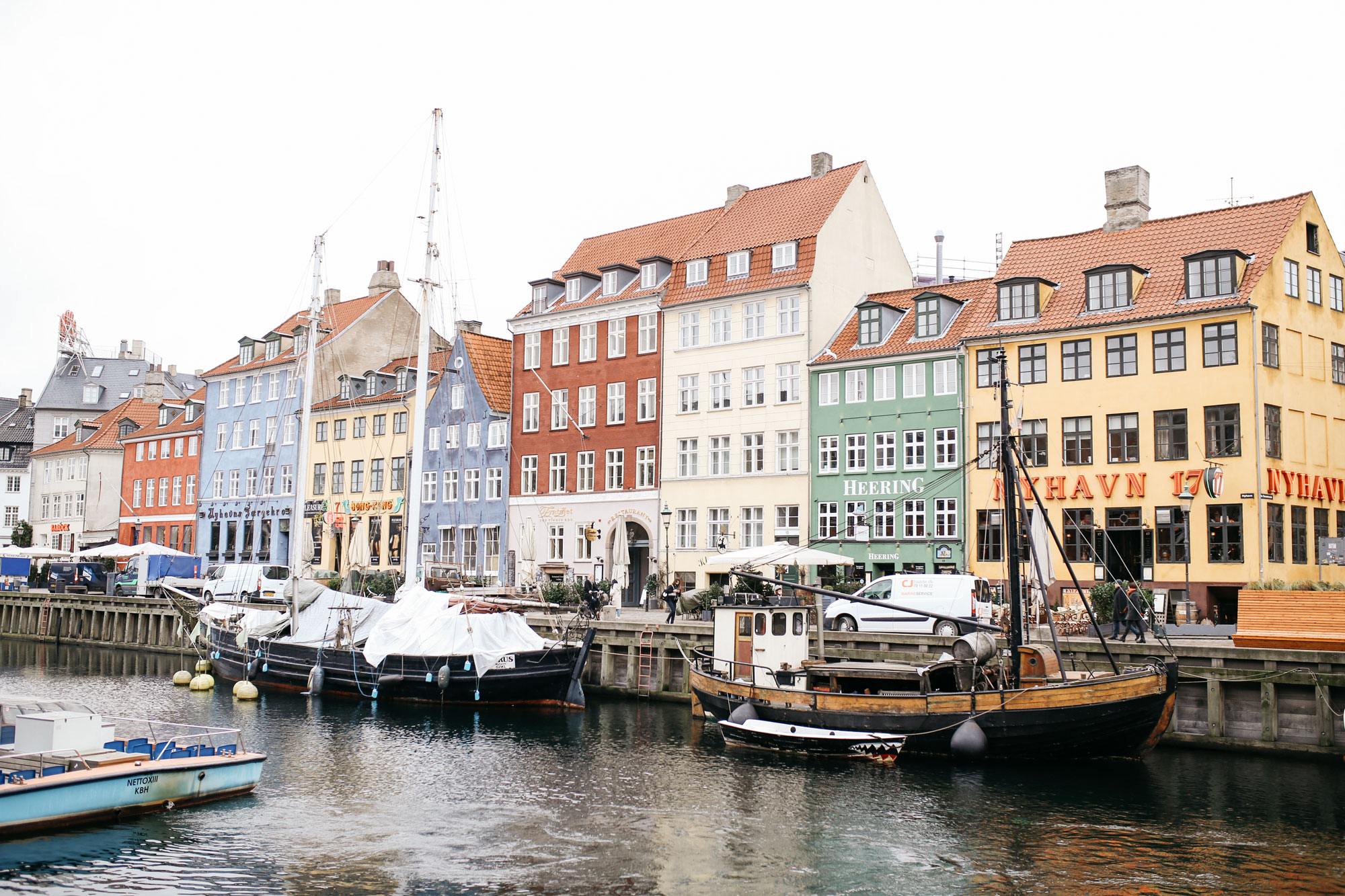 Read:
Palinas response to my „Arrogance in Fashion“ article

First things first: this whole VetementsxDHL story is yesterday’s news. I do not hold the collection in very high regard at all, and am rather critical of a lot of the items Vetements and Balenciaga put out (not everything, to be fair! Both brands have amazing pieces!). So, I’m not an unquestioning fan. That said, it was very interesting to read Palina’s article, even though I couldn’t help but wonder whether the digs at me were really necessary to hammer home the point. But it is what it is, and while our opinions differ (which they tend to anyways when it comes to ‘art’), especially with regards to the quality of the pieces, it was interesting to read Palina’s perspective, and I’m really curious to hear your opinion about it all! 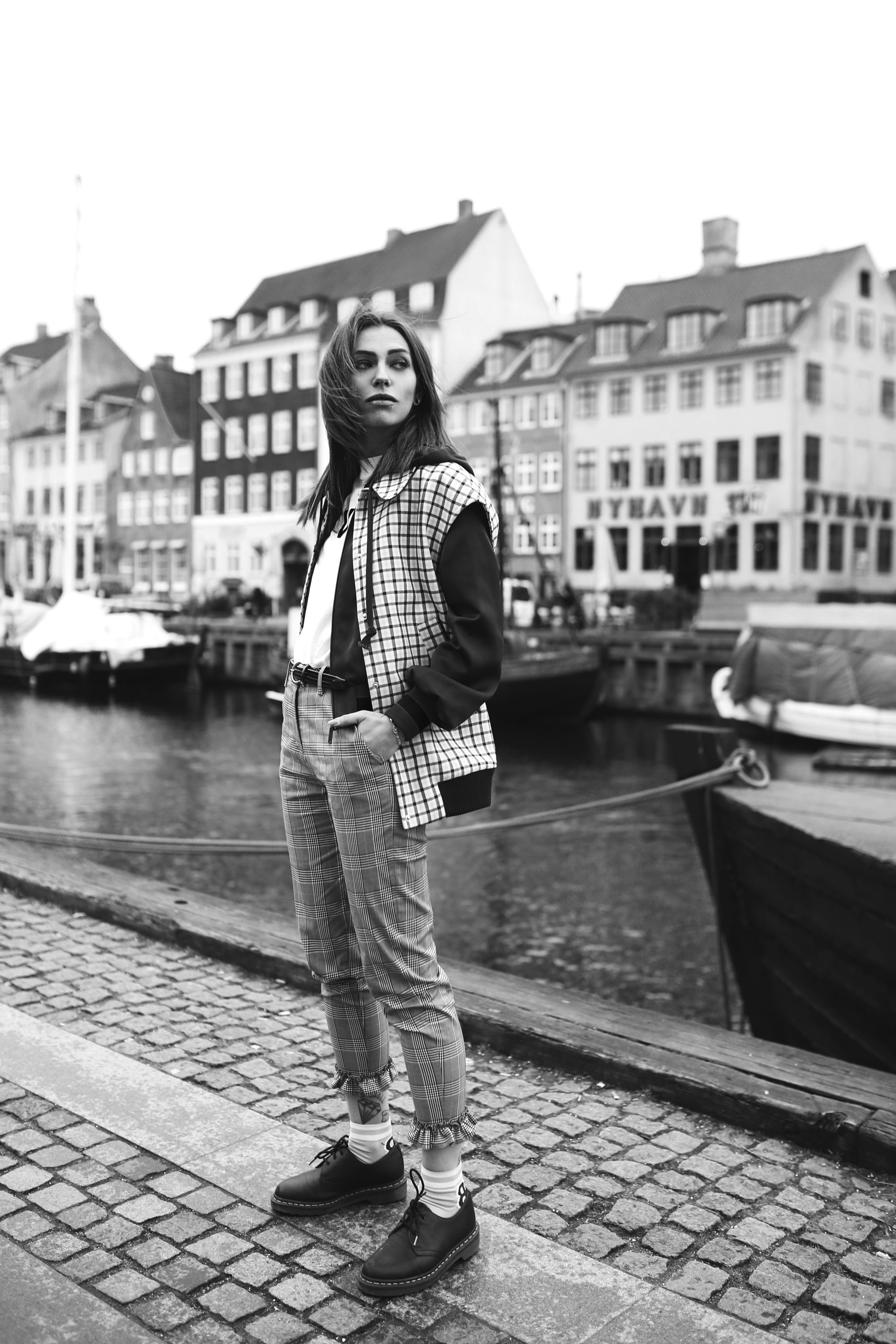 Dilemma:
I recently got to know Diana Kinnert, the young CDU politician (the German conservative party). In fact, we have known each other by sight for a while now, since I started taking the regonal express train to Wuppertal more frequently – a train that she took regularly herself. Just recently, after many years, we talked to each other for the first time. Finally I had the chance to talk with someone almost my age about politics, to ask her how she, as the human being she is, could support the values propagated by the CDU. Diana is young, has a migration background and is lesbian – not your typical conservative politician at all. ‘Someone has to put things in order here’, was one of many sentences that really stuck. I’d go so far as to say that this was one of the most interesting chats I ever had at an event. Afterwards, I had the feeling for the first time that somebody understood my political views.

And that’s a core problem of this day and age: as a young person, I do not feel understood with my problems and needs. How can I engage with politics, when the whole thing looks like a pool filled with brown water, in which a bunch of elderly people make their rounds, seemingly agreeing only on values that are contrary to my own. That’s a party I really don’t want to join! I feel I understand Diana now, and I’d like to support her somehow, but I’m not quite sure HOW. The thing is, if I support her I’m also supporting the CDU, and with the party all the characters that constitute it. It’s not just Diana, it’s people like Seehofer and the young Union crowd, and that just gives me a belly ache even thinking about it. So, yeah. Not sure how to position myself, and in light of the pointed lack of alternatives I really wonder if the way politics works these days has any future at all? How can I get active without chaining myself to a political party? My desire to help shape the future is becoming bigger by the day, and with it grows the question of HOW to do it. How do you guys handle this dilemma?