It’s 1:30 am, and I lay awake in my bed. I’m incredibly tired, but I can’t sleep. At this stage I’m not sure if I’ll ever be able to sleep again – at least without being haunted by nightmares of the About You Award. It’s a nightmare that has already become reality. And I’m in the middle of it all. But let’s start at the top. 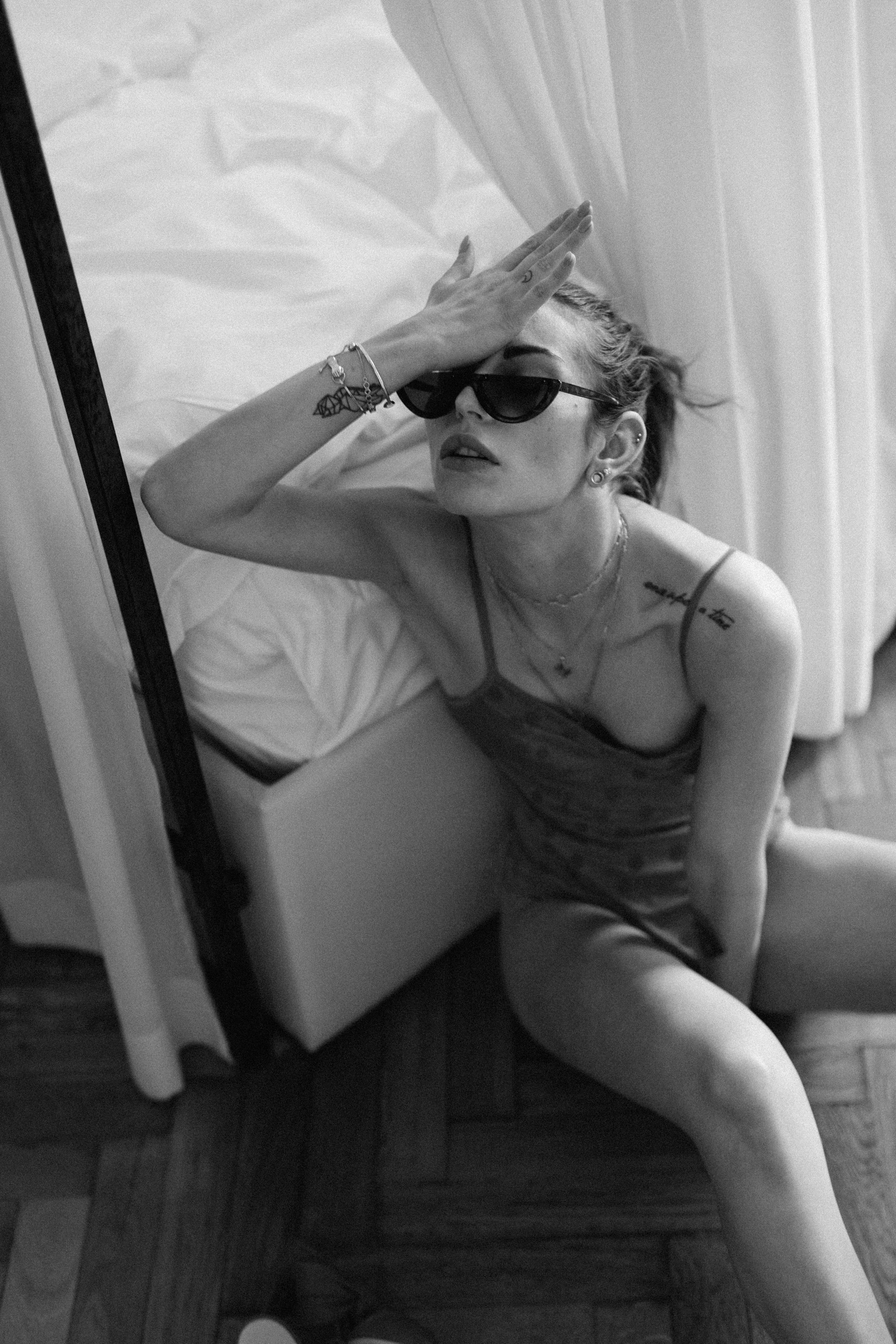 YYesterday, the About You Award ceremony took place: it’s an influencer award handed out to influencers in the categories ‚Fashion’, ‚Beauty’, ‚Lifestyle’, ‚Fitness’, ‚Music’ and ‚Upcoming’ – a dubious honor. Per category there were 10 candidates, and fans would subsequently vote for the winner among the top 3 nominees. That’s where the issues start, really: for days, influencers have pestered their fans to vote for them, swamping everyone with latent ads for the award itself as well in the process. A lot of noise.   In the end, the top 3 consisted of those influencers who got on the fans’ nerves most. While there are exceptions, I must say I’m really against this kind of voting award for that exact reason. The worst of all are awards where fans can cast a vote every single day. The whole subject of awards is a strange one. After all, who judges the judges? And who wins in the end?

The recipient of an award or the event organizers and sponsors, rubbing their hands at the ad effect? You know, in principle the idea of an influencer award show, broadcast on Pro 7, is awesome. Finally the industry takes center stage and is noticed by a broad public. It could be a step towards taking the entire influencer segment seriously. I know many of the nominees really well, some of them I consider my friends. That makes this post very difficult to write for me. It’s a real dilemma.   On the one hand I really like many of the nominees, and I also have sympathies for the onlineshop that believed in the potential of influencers from an early stage. I also have a soft spot for Pro 7, by the way – the channel is known for its cooperations with influencers.

. So, in short, there was potential. How, then, did it all dissolve into the catastrophe taking place in Munich yesterday? 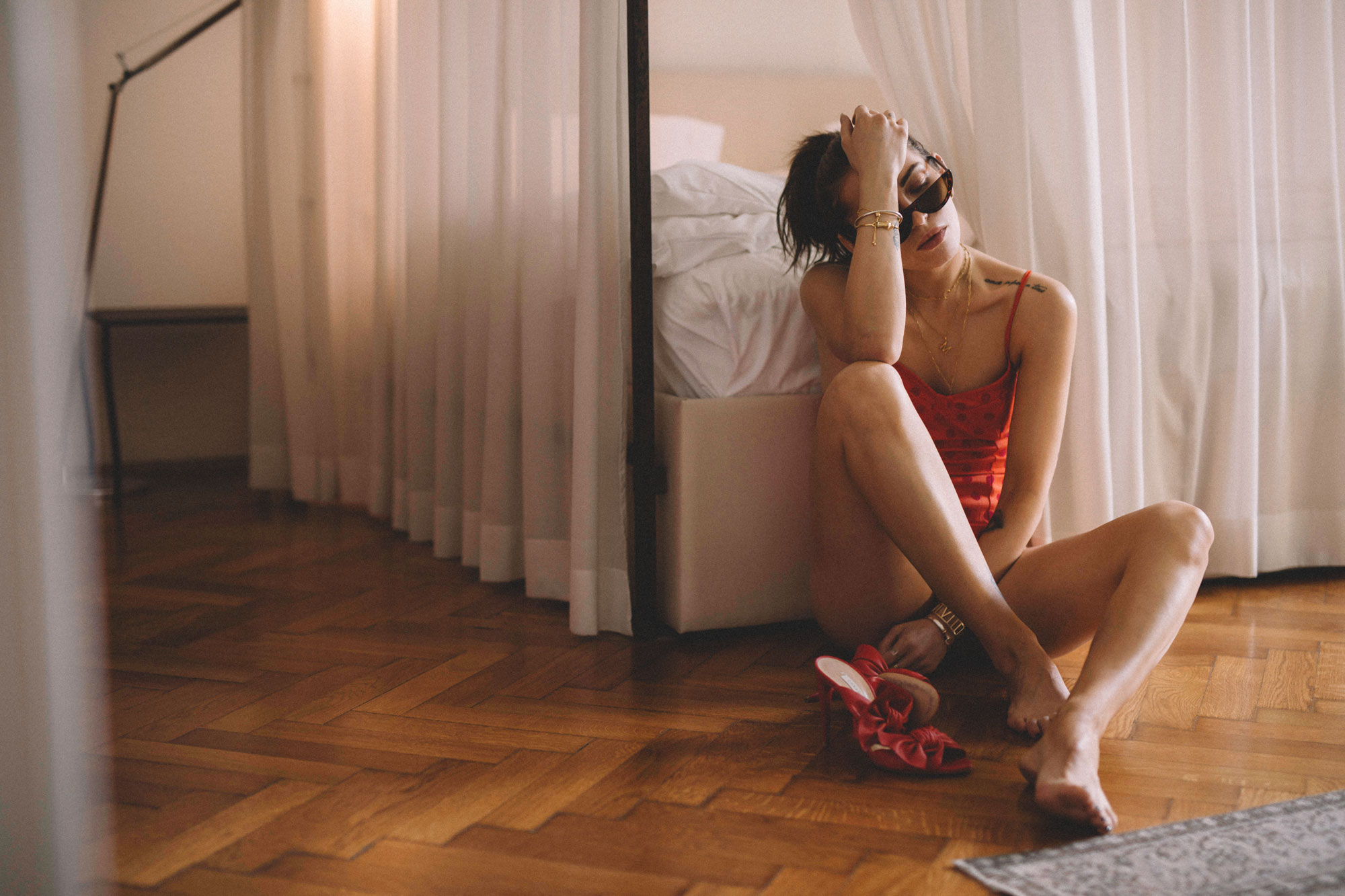 I think what bothered me most was the unprofessional presentation: the presenters didn’t really seem to now what influencers actually were, and they were clearly out of their depth on the event they themselves hosted. It was noticeable that they tried to distance themselves from the whole thing by constantly dropping snide remarks about the industry.   The choice of presenters itself speaks volumes about the gap between established celebrities and influencers. And it also didn’t help that many of the influencers themselves were completely unprepared and seemingly unable to deliver coherent speeches.   Sentences like ‘I didn’t expect this at all, so I didn’t prepare a speech’ (as if a 33% chance of winning was that low) were followed by a bunch of beauty-pageant-worthy one-liners and nervous giggling. Cringe. There was a lot of giggling overall, throughout the entire event, which made the whole thing come across a bit like a children’s birthday party.   The whole event was very superficial. It was much less about what the individual influencers stnad for or what their message to the world is than about focus on make-up tips and comments along the lines of ‘your makeup is amazing’ or ‘you have so many followers’, delivered in baby language. It just does not do justice to nominees like Riccardo, Ischtar and several others who are very active for great causes. Rather than picking up on that, it was like ‘come on, let’s look at the pictures with the most clicks‘ and, again, ‘tell us how you do your make-up‘.

And all of Germany was wondering:‘so those are the influencers everyone is talking about?’

I have to be honest, I was really ashamed that evening to be part of the influencer scene. I know that’s a harsh thing to say, but I was really considering re-branding myself from the ground up. Can I really call myself influencer after that event without feeling at least a little bit ashamed?

How does it make me feel when a 17 year old with fluttery eyelashes tells me how hard she worked for her influencer career?   How does Caro Daur, feel when she’s reduced to her make-up skills, smart woman that she is?   What goes through DariaDarias head, having her job reduced to consumption with all the good causes she is active for.   And what about the Janes, who works hard to advance the feminist and gender equality causes in between her fashion work?   What does Vreni Frost think, willing as she is to even take the problematic issues of hidden ads in influencer posts to court?   And what about all those influencer who try to make a difference, who try to enact change, and who do not get the resonance they deserve among a wider public?   Another – unsurprising – red flag during the event was the omnipresent cell phone, pointed at everything and everyone, not only in the audience, also on stage. What a manifestation of the most shallow cliché. 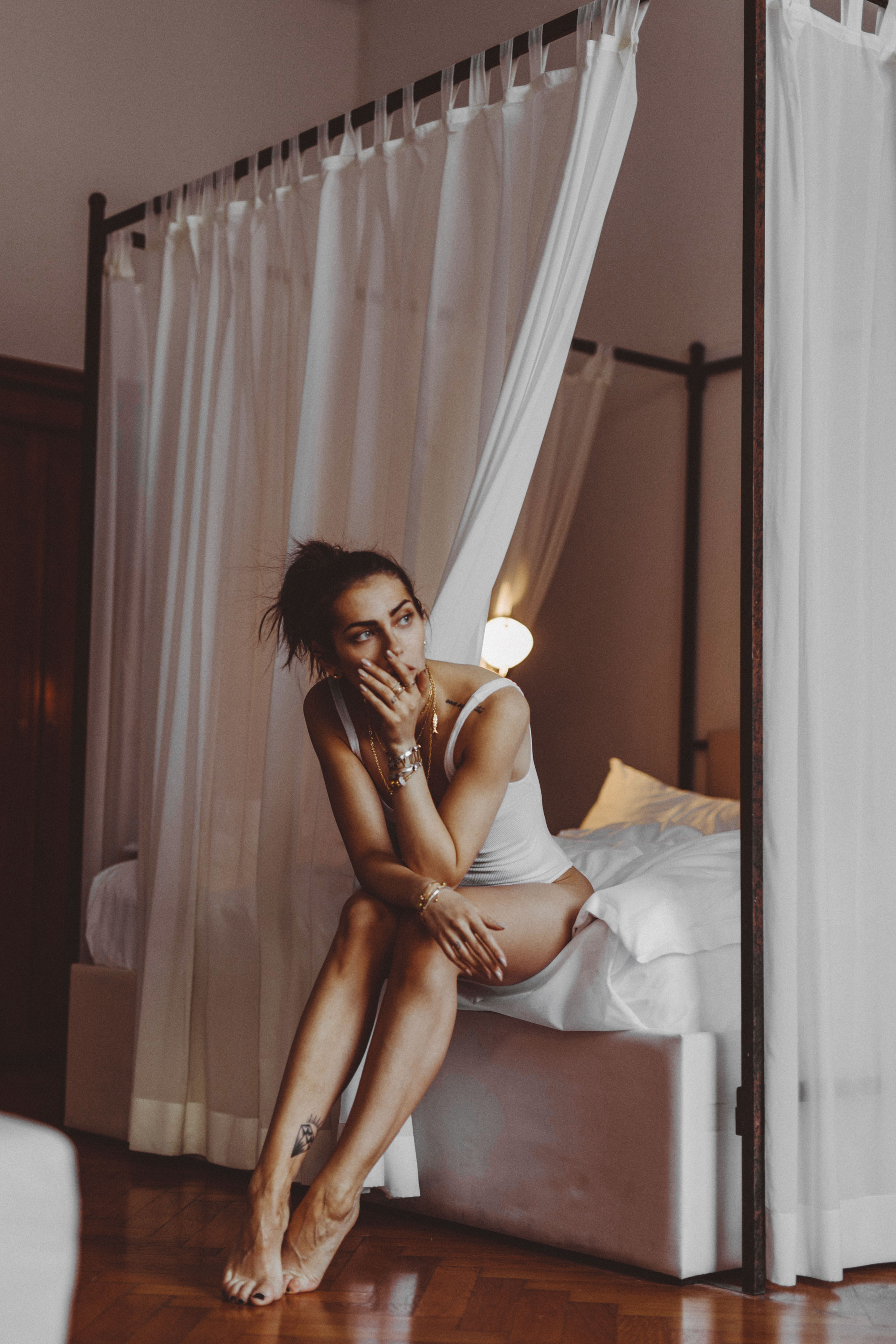 To my surprise, the 15 year old twins were the most professional guests of the evening. Ischtar at least managed to get a small message out. A little signal of hope.   At first I was really looking forward to the event. Finally! About You and Pro 7 host an influencer award and help to raise consciousness for an industry that has not been taken seriously up until now. But now that the show is over it all seems to be even worse than before.   It feels like the essence of everything I didn’t like about Coachella has been condensed into one show to hammer home the point how superficial the entire industry is. All aspects of substance were left out. It really reminded me of Coachella in that sense, just without the music acts.   It’s as if everything I fought for during the past couple of years, like my conviction that it is possible to be an influencer of substance, has been thrown out in one show. I feel like I am fighting a lonely fight, an uphill battle, with only very few like minded companions by my side. The rest is busy applying make-up.

How am I supposed to go on a stage now and explain to companies that influencer marketing is important, that we should be taken seriously, and that the industry deserves the budgets that are allocated to it? How am I supposed to explain that being an influencer is real work, a profession, and not just infantile fun and games?   How am I going to go up now to tell people that many influencers are smart and very skilled at what they do, that they are entrepreneurs more than just disposable faces for campaigns? How am I going to stand my ground in discussions with editors lashing out at influencers with attacks on he whole industry and its proponents? Seriously, how am I goign to do that?   How am I going to stand for professionalism, when the opposite is communicated on such a major platform?   Preconceptions abound as it is. At every new meeting I find myself battling against the notion of lacking professionalism and superficiality. And then the About You Award enters the scene. What image of the industry does it portray?

Maybe, just maybe, there is a tiny silver lining in all this. At least there is a wider discussion of the issues at hand now. Maybe there’ll be a quality oriented award one day, awarded to the most sustainable blog or the best role model. Maybe one day there will be an award worth winning.